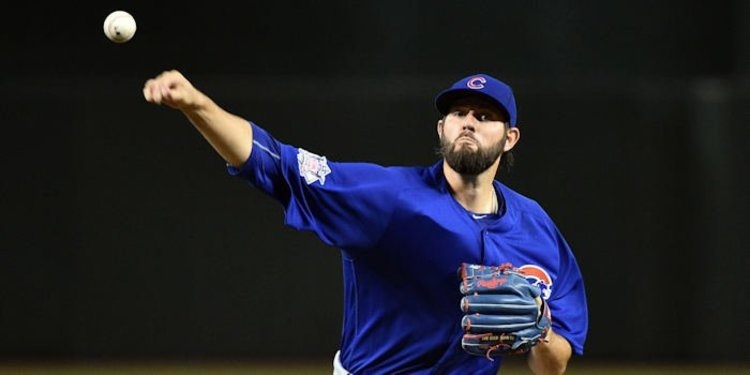 Former Cubs starter Jason Hammel has agreed to a two-year contract with the Kansas City Royals worth $16 million with a mutual option for a third year, pending a physical this week according to multiple reports.

However, he was left off the postseason roster in the Cubs historic run and it was clear that the team was going to go in a different direction as the Cubs declined his $12 million option for 2017.

He took out a full-page ad in the Chicago Tribune back in November to thank the Cubs fans, his Cubs teammates, coaching staff, and Cubs management.

"Thank you from the bottoms of our hearts for all of the love and support you have given us over the past three years. I can't adequately describe what it was like to step on the mound at Wrigley Field every fifth day and pitch in the great park, in the great city, in front of the greatest fans on the planet!"