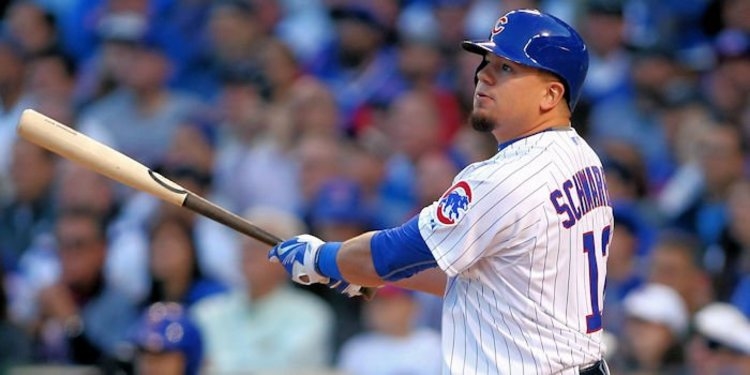 The Chicago Cubs are in the middle of the Winter Meetings on Wednesday morning and agreed to trade outfielder Jorge Soler for Royals closer Wade Davis.

The Cubs have been interested in closer Wade Davis for a while. Before the Cubs acquired flamethrower Aroldis Chapman from the Yankees before the trade deadline this past season, the Cubs checked in with the Royals and the asking price for Wade Davis was actually Kyle Schwarber according to MLB insider Patrick Mooney.

The Cubs got the man they wanted and didn't have to give up young phenom Kyle Schwarber.

"I think this was a good baseball trade," Cubs general manager Jed Hoyer said on Wednesday. "They get a talented outfielder, a little more control, and we get an elite closer."

"There's fewer than ten people on the planet who you would move Rondon out of the closer's role for," Theo Epstein said on Wednesday to reporters.

For his career, Davis has a 3.53 ERA with 47 saves, 689 strikeouts, and 1.28 WHIP. He has made back-to-back All-Star games after being converted to a closer. He actually would fit in well with the Cubs as he played for Cubs manager Joe Maddon from 2009-2012 in Tampa Bay.

Wade Davis is the only pitcher in MLB history to have multiple seasons with at least 50 IP and an ERA of 1.00 or lower (2014 and 2015) according to ESPN stats and info. Another impressive stat is that he has given up only three homers in over 182 innings in his last three seasons.