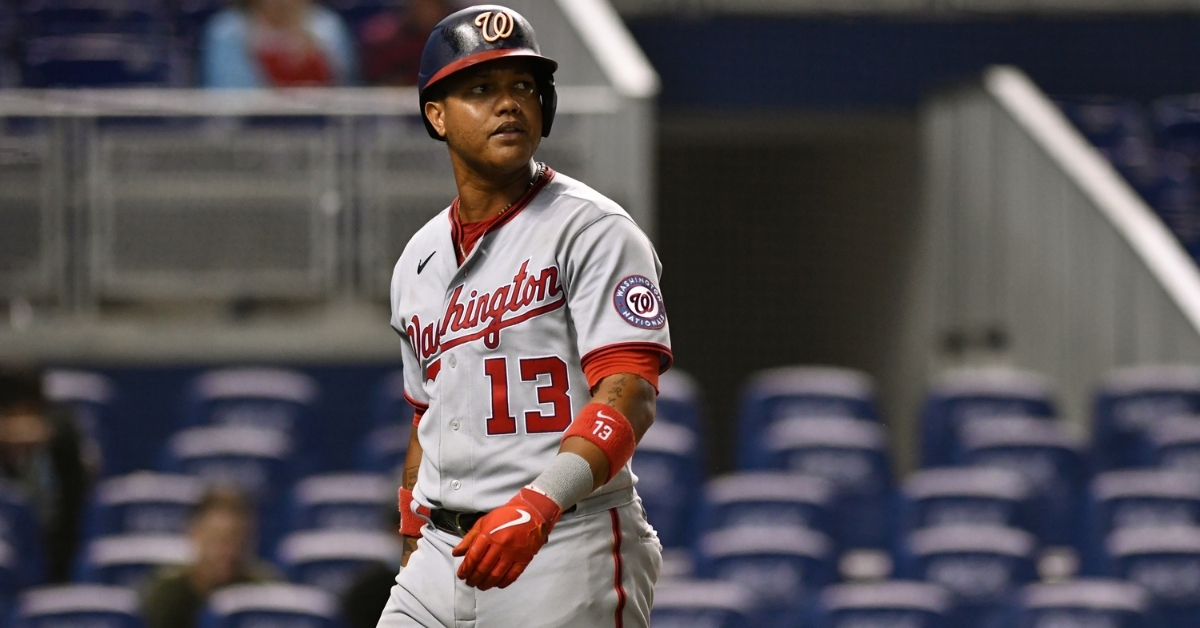 Nationals third baseman Starlin Castro, who played for the Cubs from 2010-15, has been accused of domestic violence. (Credit: Jim Rassol-USA TODAY Sports)

WASHINGTON — Washington Nationals third baseman Starlin Castro was placed on administrative leave by MLB on Friday as a result of an allegation of domestic violence being levied against him. While MLB carries out an investigation into the matter, the former Chicago Cubs middle infielder will be on leave for at least seven days, and the leave of absence can be extended in increments of seven additional days thereafter.

According to Brittany Ghiroli and Maria Torres of The Athletic, the domestic violence incident in question took place earlier this summer. Castro was previously placed on the restricted list by the Nationals on June 16 because of an undisclosed family matter. However, he returned to action just two days later, and Nationals manager Dave Martinez confirmed on Tuesday the two situations are unrelated. In 2012, Castro, then a member of the Cubs, was accused of sexual assault but was not charged with a crime due to insufficient evidence.

Nationals manager Dave Martinez said team was made aware of Starlin Castro’s situation on Thursday night. He strongly condemned domestic abuse, saying “we do not tolerate” it. Martinez said the allegation that Is being investigated by MLB is not related to Castro’s previous leave

Martinez added that if he had known about the allegations against Starlin Castro last month, he would have taken a different tact when talking about Castro. In June, he was very supportive of Castro and hopeful he’d settle what was termed “family matters” before rejoining team

Martinez said he had not previously had concerns about Starlin Castro’s off-field behavior. Said he was a good teammate and good person to be around. Castro faced sexual assault accusations in Chicago, a few years before Martinez’s tenure with the Cubs, in 2011 but wasnt charged

Asked if he'd be comfortable welcoming Castro back after admin. leave/investigation,Martinez said "When that process is done,that’ll be another conversation.But for right now,like I said,until he goes through that process,I really have nothing to say to him or anybody about it."