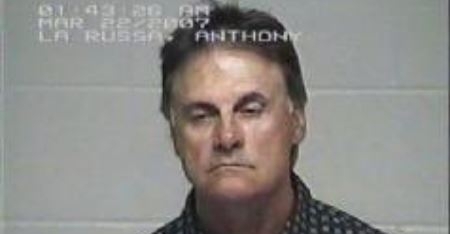 This is certainly a little unsettling and becoming a messy situation on the Southside.

According to multiple reports and court records, new White Sox manager Tony La Russa was charged for driving under the influence on Oct. 28 and was still hired by the team. He is a close friend of owner Jerry Reinsdorf.

ESPN reports that the charge stems from an incident in February in Phoenix, where he crashed his car into a curb.

The charge was filed the day before the White Sox hired him officially.

ESPN reached out for comment and La Russa said, “I have nothing to say," before hanging up the phone.

The team has declined comment publicly so far except to say, "Because this is an open case, we cannot comment further at this time,” spokesman Scott Reifert said.

This is a horrible look, and obviously, the White Sox could have found a more qualified candidate to lead their young and talented group going forward.

In my opinion, the 76-year-old La Russa should have never been hired for their World Series window. There were so many other quality candidates out there to choose from.

We will see how the La Russa era works out but it's been a total wreck in the first two weeks. It certainly will be an interesting offseason and 2021 season for the White Sox coming up.

What an embarrassing debacle for #WhiteSox, who reportedly knew about Tony LaRussa's DUI arrest before hiring him. If so, they did lousy job getting in front of story. Hiring Jerry Reinsdorf's crony already raised valid questions about Sox hierarchy, process. This is another one.