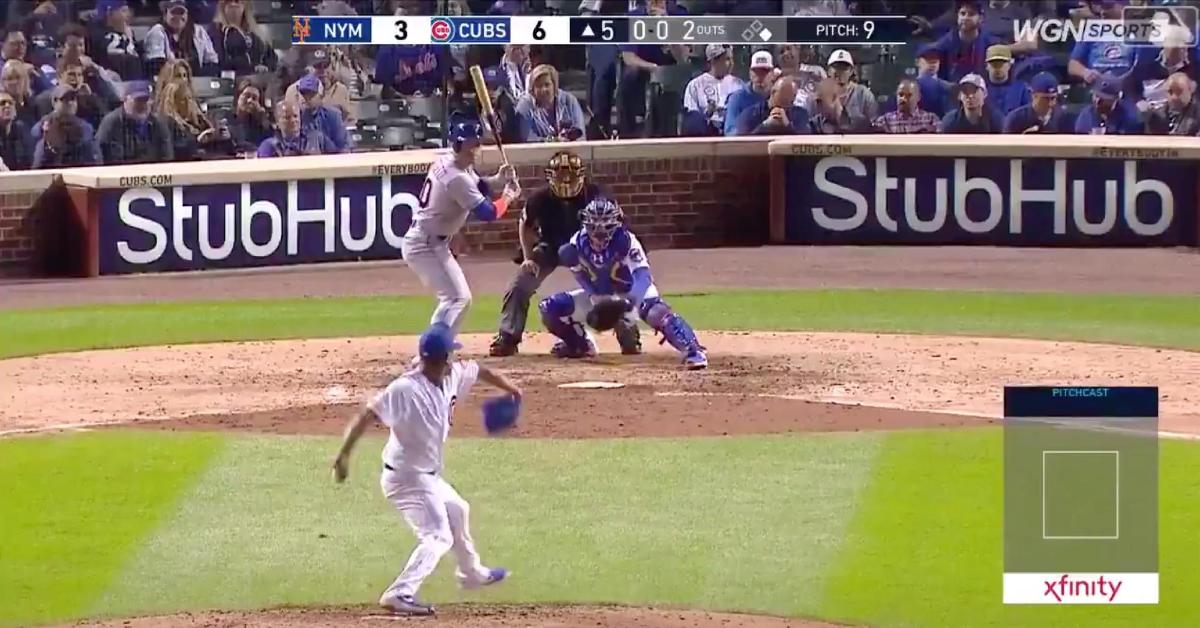 Pitcher Adbert Alzolay was very impressive in his big-league debut on Thursday.

CHICAGO — Renowned pitching prospect Adbert Alzolay did not show his youth on the mound for the Chicago Cubs on Thursday. Making his big-league debut, the 24-year-old right-hander flourished in four innings of relief after being called up from Triple-A earlier in the day.

Alzolay earned the winning decision in the Cubs' 7-4 victory over the New York Mets at Wrigley Field, with the youngster tallying five strikeouts and tossing four scoreless frames before giving up his lone hit allowed on a leadoff home run in the ninth. Three of Alzolay's five punchouts came in the sixth, when he struck out the side. Showing great command throughout his appearance, Alzolay definitely looked like big-material.

#Cubs No. 4 prospect Adbert Alzolay capped off a solid first inning as an #MLB pitcher with his first strikeout! pic.twitter.com/PobeX9NHcK