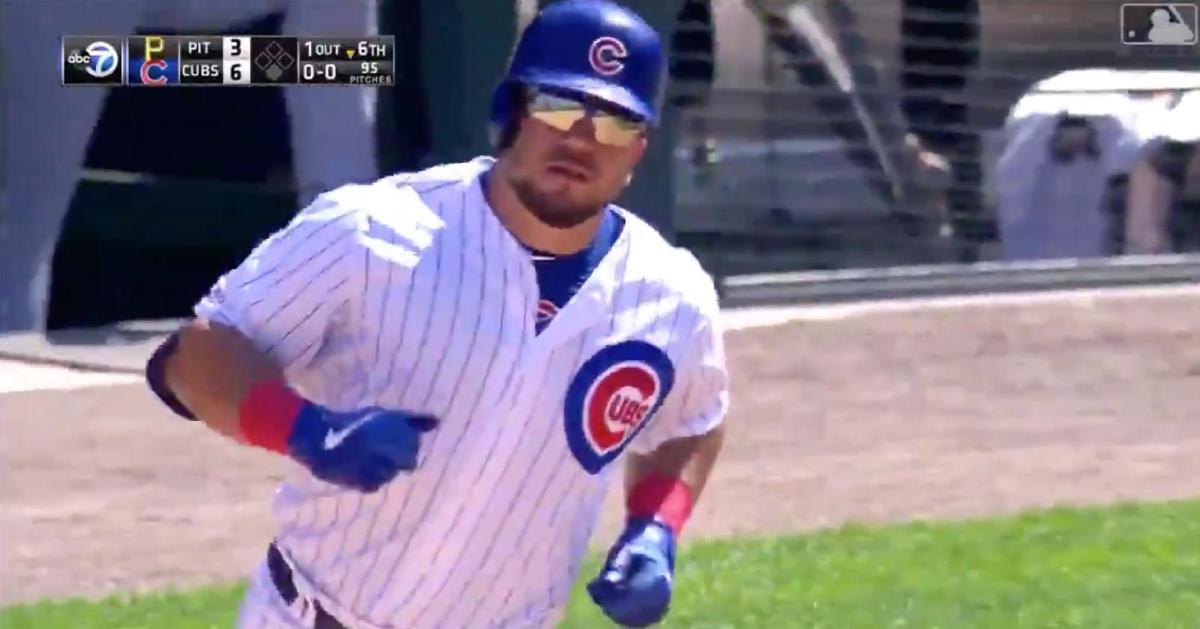 Kyle Schwarber followed up a solo dinger hit by Albert Almora Jr. with one of his own on Sunday.

CHICAGO — Serving as a pinch hitter in the bottom of the sixth on Sunday, Albert Almora Jr. increased the Chicago Cubs' lead over the Pittsburgh Pirates with a solo blast. Almora's ninth long ball of the year, the pinch-hit bomb put the Cubs up 6-3 at Wrigley Field.

The dinger carried 423 feet to left and nearly sailed out onto Waveland Avenue after leaving the bat at 109 miles per hour. Almora took Pirates starter Trevor Williams deep on a four-seamer thrown at the bottom of the strike zone.

On the very next pitch thrown after Almora went yard, Cubs left fielder Kyle Schwarber showed off his power by smacking a 437-foot moonshot to make it back-to-back bombs for the North Siders. The solo dinger provided the Cubs with an 8-3 lead over the Pirates.