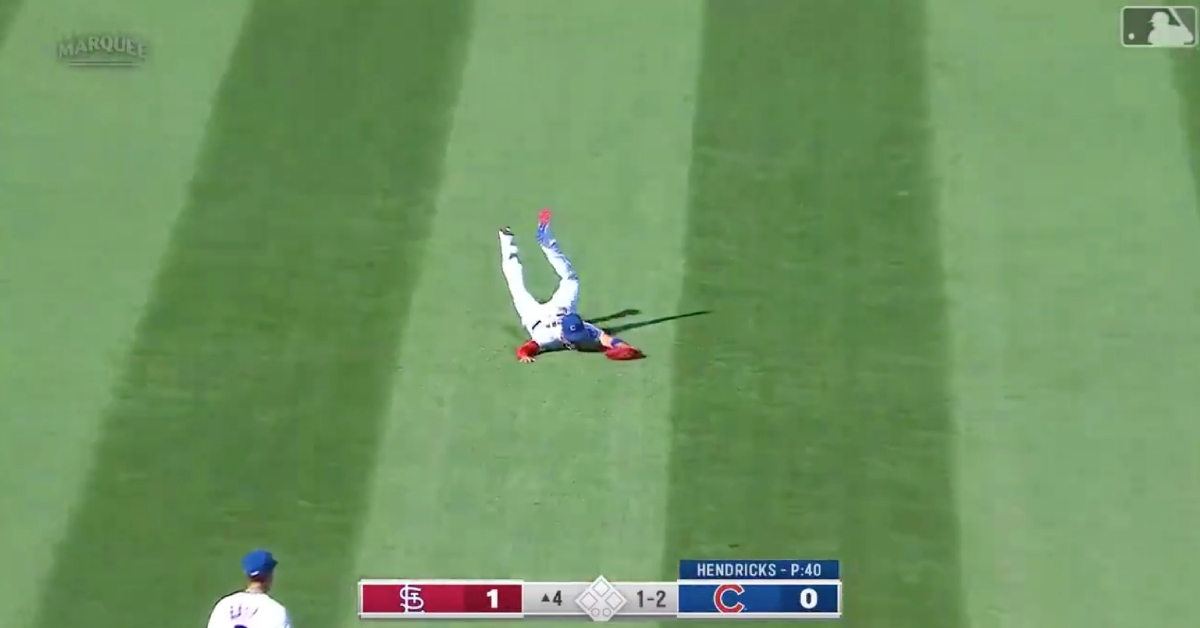 Albert Almora Jr. fully extended for a superb catch to rob the Cardinals of a hit.

CHICAGO — Chicago Cubs center fielder Albert Almora Jr. started in the opener of Monday's doubleheader versus the St. Louis Cardinals. As usual, Almora showed out on defense and made several impressive catches in the early innings at Wrigley Field. In the top of the fourth, Almora pulled off his most stellar defensive play of the young season.

Running in to shallow center, Almora laid out to rob the Cardinals' Tommy Edman of a hit. Fully extending on the Superman dive, Almora gloved the blooper before colliding with the ground. On the very next play, Almora tracked down a deep fly ball off the bat of Paul Goldschmidt, epitomizing just how much ground Almora covers in the outfield.