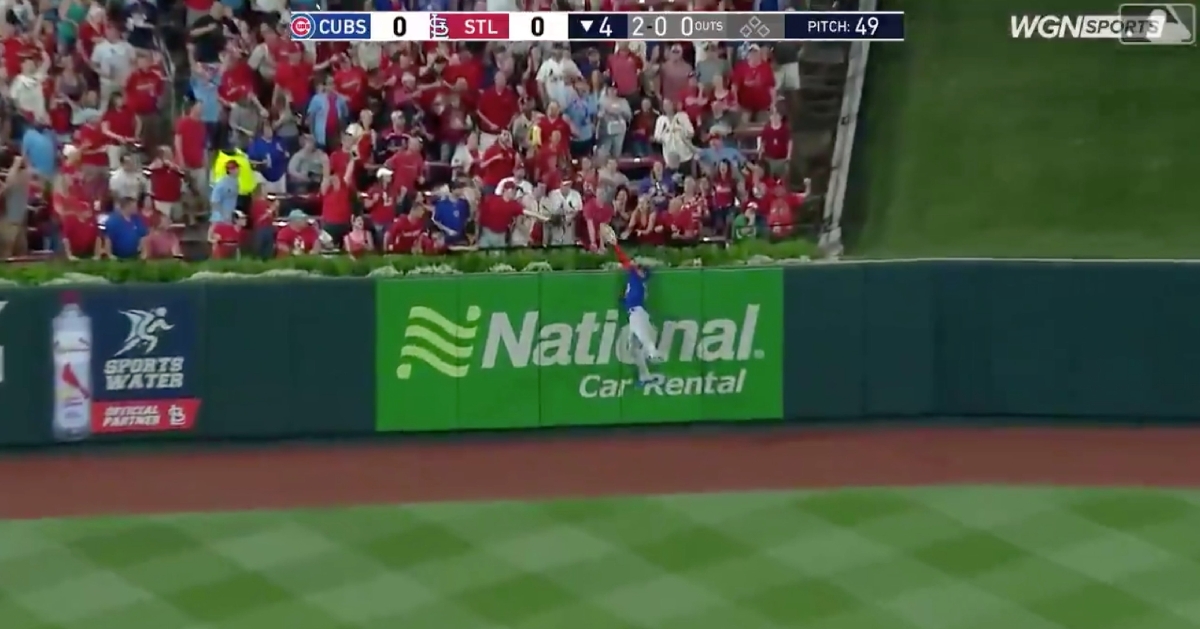 ST. LOUIS — Chicago Cubs center fielder Albert Almora Jr. was inserted into Friday's starting lineup once Cubs outfielder Nicholas Castellanos was scratched from the lineup due to injury just a few hours before the first pitch was scheduled to be thrown. That insertion paid off for the Cubs, as Almora made two great catches to rob St. Louis Cardinals catcher Yadier Molina of extra-base hits early on in the contest at Busch Stadium.

In the bottom of the first, Almora crashed into the wall while making a leaping grab of a deep drive off the bat of Molina, thus leaving a couple of baserunners stranded. Later, in the bottom of the fourth, Almora jumped up and essentially pulled what would have been a solo home run by Molina out of the seats with an epic homer-robbing grab. Almora was jacked up after preventing Molina from going yard, as the game remained a scoreless tie.