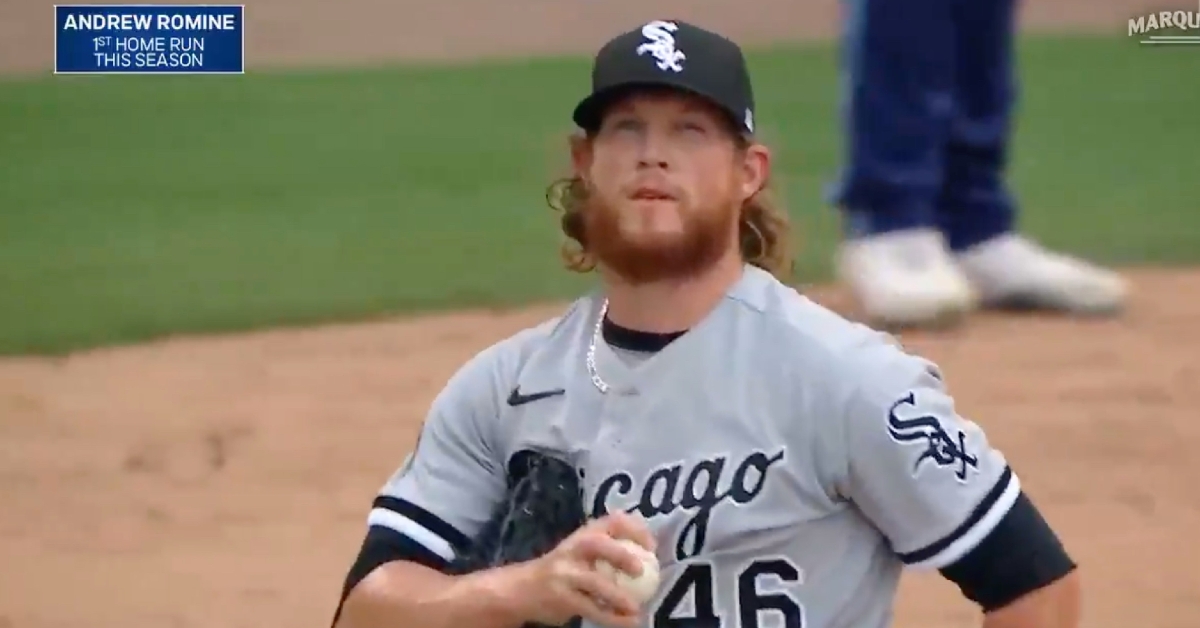 Craig Kimbrel's return to Wrigley Field did not go as planned for the White Sox.

CHICAGO — It was an unwelcome return to Wrigley Field for former Chicago Cubs reliever Craig Kimbrel, who coughed up a three-run lead in the bottom of the eighth on Friday. Kimbrel was taken for a three-run shot off the bat of shortstop Andrew Romine with two outs, sending shockwaves through Wrigley Field.

Kimbrel, who was traded by the Cubs to the rival Chicago White Sox, failed to finish the inning. Romine's dinger landed in the basket atop the wall in right-center field, making the score 4-4. The 365-footer came on a 96.7-mph four-seamer and left the bat at 94.1 mph and 30 degrees.

Third baseman Matt Duffy and first baseman Frank Schwindel were plated via Romine's first big league homer in four years. Kimbrel's rare rough outing ended once catcher Robinson Chirinos hit an ensuing two-out single, as Kimbrel was then taken out. The clutch bomb served as just the second home run allowed by Kimbrel all season and also charged Kimbrel with three earned runs, one more than he allowed with the Cubs this year.

A good time for Andrew Romine's first homer as a Cub ?? pic.twitter.com/CouO1zr78J