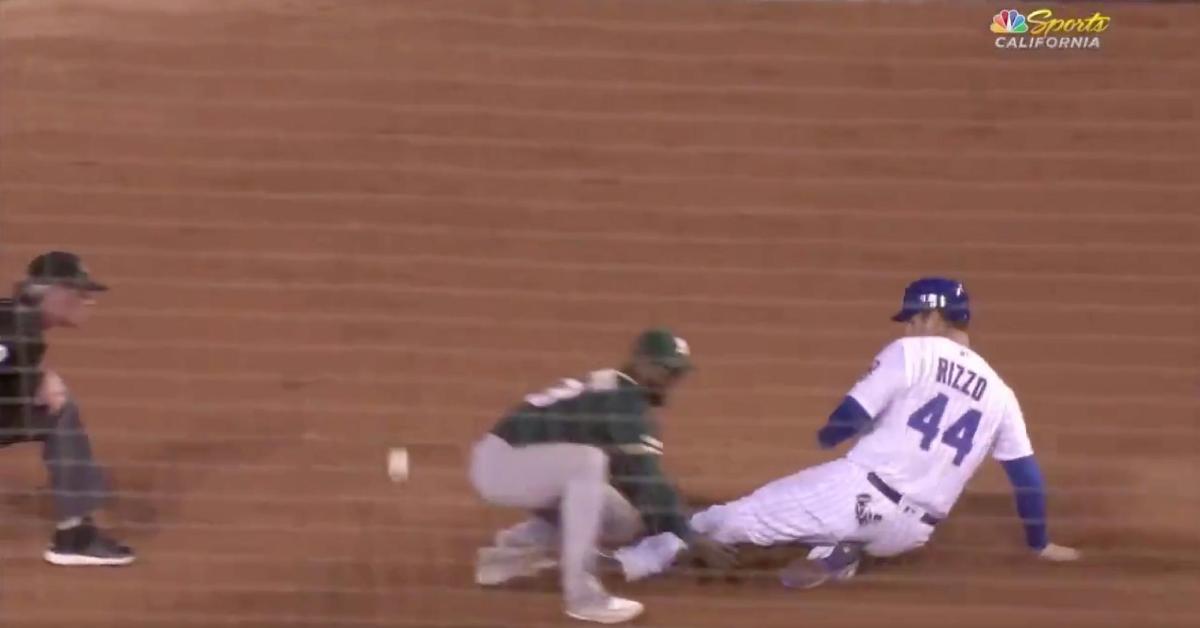 CHICAGO — Chicago Cubs first baseman Anthony Rizzo is often ragged on for his tortoise-like speed, as he is undoubtedly one of the slowest position players in the majors. However, his lack of speed did not hinder him on a steal attempt at Wrigley Field on Monday night.

With the Cubs battling the Oakland Athletics, Rizzo took off for second base after hitting a 2-out single in the third frame. While Rizzo lumbered on the basepath, A's catcher Chris Herrmann made a solid throw to A's second baseman Jurickson Profar, who was unable to handle the baseball. Rizzo was credited with his fifth steal of the season, though, as he slid in safely.

Rizzo showing off the wheels ?? pic.twitter.com/368TP9TQQr