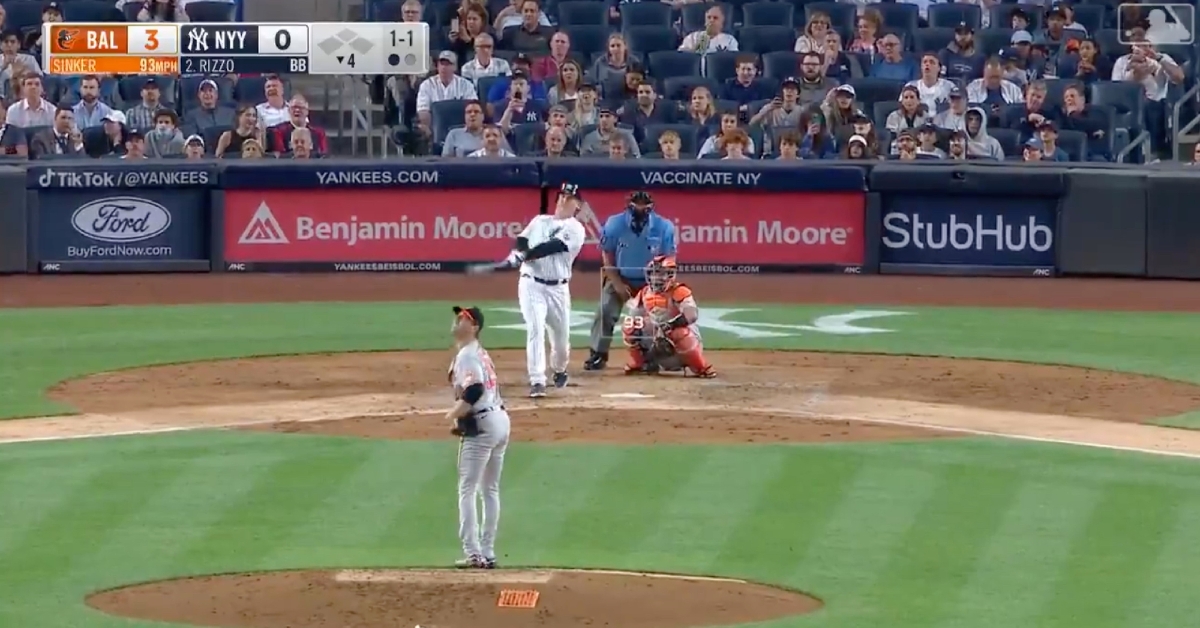 NEW YORK — Anthony Rizzo has been on fire at the plate since being traded by the Chicago Cubs to the New York Yankees, and the first baseman made history on Wednesday. Becoming the first player in Yankees history to tally an RBI in each of his first six games with the team, Rizzo crushed a 421-foot home run.

Rizzo put the Yankees on the board against the Baltimore Orioles with the first hit given up by starter Matt Harvey on the night. The fourth-inning solo shot, Rizzo's first long ball at Yankee Stadium as a Yankee, sailed out to right-center field and lit a fire under the Yankees. Trailing 3-0 at the time of Rizzo's dinger, the Yankees went on to win 10-3.

Rizzo's 1st ?? in Pinstripes at the Stadium ?? pic.twitter.com/b2LEXalxm5

Anthony Rizzo is the 1st player in Yankees history with an RBI in each of his first 6 games with the team. pic.twitter.com/kZXX1jfpxL