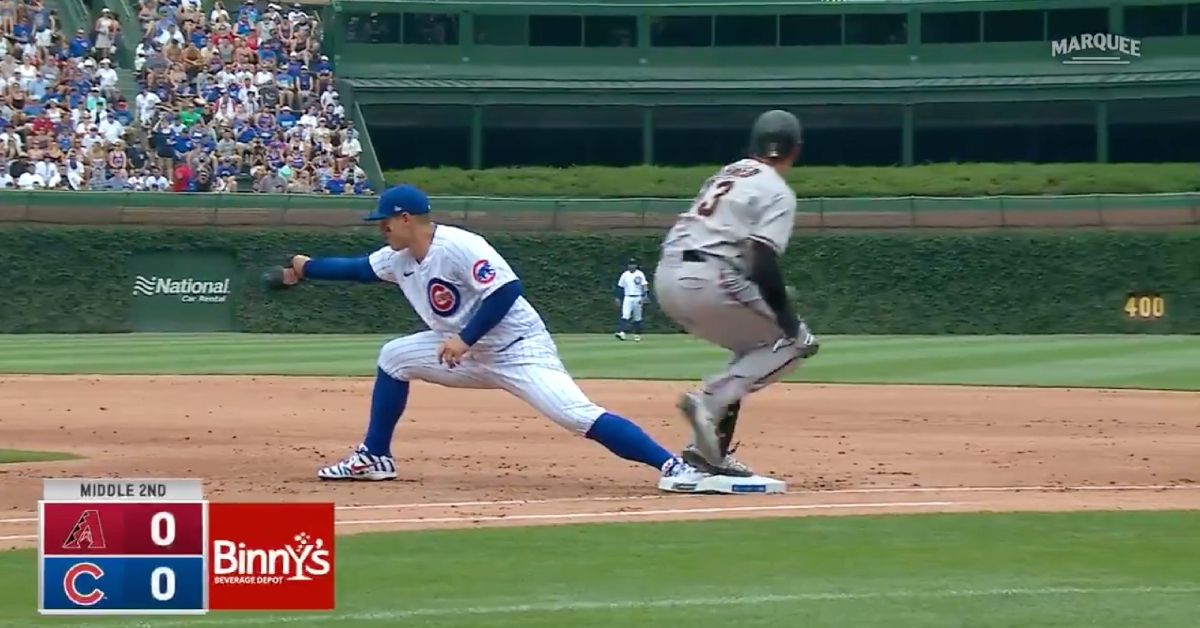 With a nice pick at first base, Anthony Rizzo outed Nick Ahmed just in the nick of time.

CHICAGO — Chicago Cubs third baseman Patrick Wisdom has shown off his cannon of a right arm on several occasions this season, and he put it to good use against the Arizona Diamondbacks on Saturday. Wisdom pulled off a difficult play at the hot corner that excited the Wrigley Field faithful.

Shortstop Nick Ahmed hit a chopper to third with two outs in the top of the second, and Wisdom charged the ball and fired a difficult throw across the diamond while on the run. First baseman Anthony Rizzo flashed the leather with an excellent pick, as he dug out the bounced throw and recorded the inning-ending putout at first.

It was only too fitting that Ahmed, one of MLB's best defenders, was victimized by Wisdom's laudable effort and Rizzo's commendable glovework. Starter Alec Mills assuredly appreciated the web gem, which capped off a 1-2-3 inning for him. Mills expressed his excitement over the highlight-worthy play before heading to the dugout.