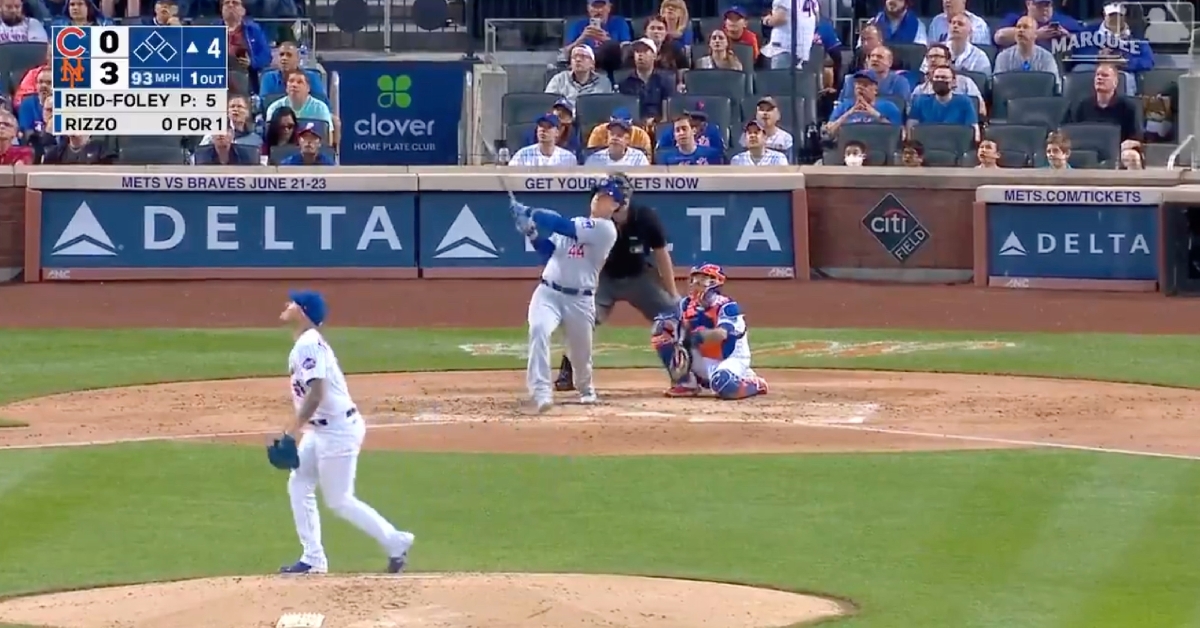 Anthony Rizzo got underneath a fastball and belted it into the upper deck at Citi Field.

NEW YORK — With New York Mets ace Jacob deGrom out of the game due to injury, Chicago Cubs first baseman Anthony Rizzo provided the North Siders with their first hit of the night via a solo home run in the top of the fourth on Wednesday. For the second time in the series, Rizzo blasted a towering bomb into the upper deck at Citi Field.

The 397-footer trimmed the Mets' lead to 3-1 and marked Rizzo's ninth long ball of the year. Sean Reid-Foley relieved deGrom to start the fourth frame, and, with one out, he was taken deep on a 92.8-mph four-seamer. Rizzo's dinger sailed out to right field at 105.3 mph and 39 degrees.

Rizzo nearly went yard in the second at-bat of the game, as he hit a fly ball to the warning track in right field off deGrom. "Big Rizz" was more successful in his second plate appearance of the evening, crushing a no-doubter for his 31st RBI of the season.