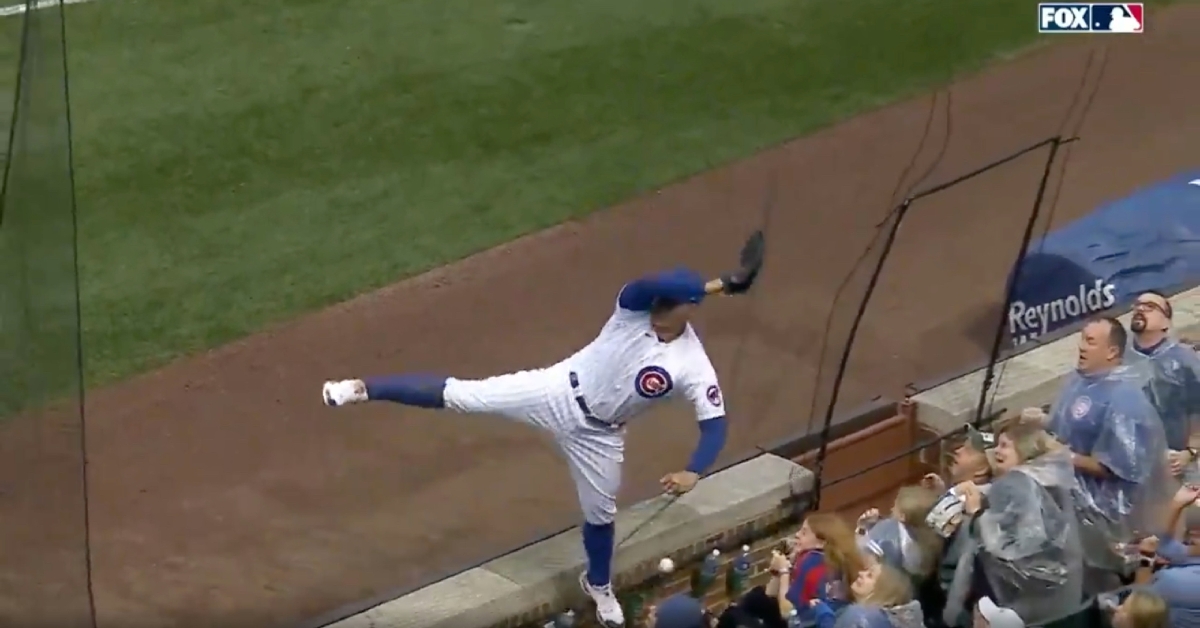 Anthony Rizzo fell into the protective netting after leaping toward a foul ball that he was unable to catch.

CHICAGO — A valiant effort by Chicago Cubs first baseman Anthony Rizzo did not pay off, but it made for a memorable scene at Wrigley Field on Saturday. Rizzo left his feet in order to catch a foul ball and ended up in the protective netting.

In the top of the third, St. Louis Cardinals third baseman Nolan Arenado popped up into foul territory on the first-base side, and Rizzo tried his best to catch the popup. After stepping onto the top of the brick wall surrounding the field, Rizzo jumped into the netting but was unable to make the catch, as the baseball was out of his reach.

Cubs fans appreciated Rizzo's laudable attempt, though, and applauded and cheered "Big Rizz" as he disentangled himself from the protective netting. For what it is worth, Arenado grounded into a fielder's choice soon after that, with shortstop Javier Baez making an impressive diving stop and throwing to second base for a force out.

Rizzo tried to go into the stands! pic.twitter.com/pG5GHT2TFI