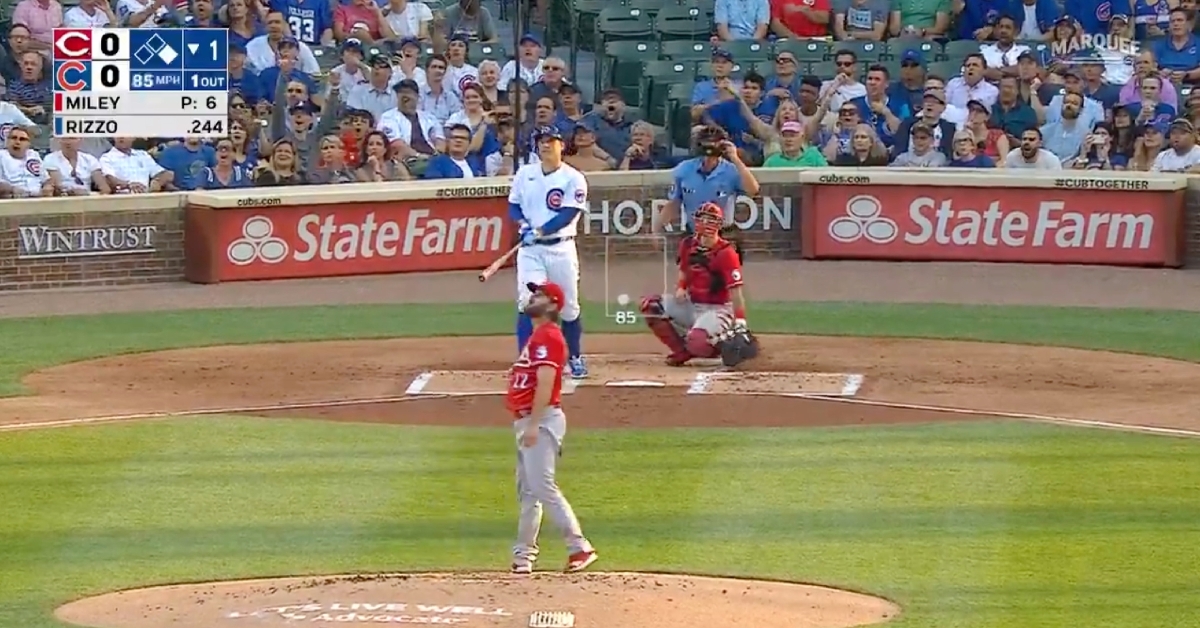 On the day after he moved into sole possession of sixth place on the Cubs' all-time home run leaderboard, Anthony Rizzo went yard again.

CHICAGO — For the second day in a row, Chicago Cubs first baseman Anthony Rizzo swatted a first-inning home run at Wrigley Field. After skying a solo shot against the Arizona Diamondbacks on Sunday, Rizzo put the Cubs up 2-0 over the Cincinnati Reds on Monday.

Rizzo's two-run blast off starter Wade Miley plated right fielder Kris Bryant, who hit a two-run dinger in the first-inning at-bat immediately preceding Rizzo's on Sunday. Bryant collected an infield single via a comebacker that ricocheted off Miley's glove, and Rizzo went yard on the very next pitch.

The first-pitch two-run bomb sailed 411 feet out to right-center field. A towering blast, the hard-hit dinger sported a launch angle of 33 degrees after getting scorched off the bat at 105.1 mph. Miley gave it up on a 84.9-mph cutter, his specialty pitch. Rizzo now has 13 homers and 38 RBIs on the season.