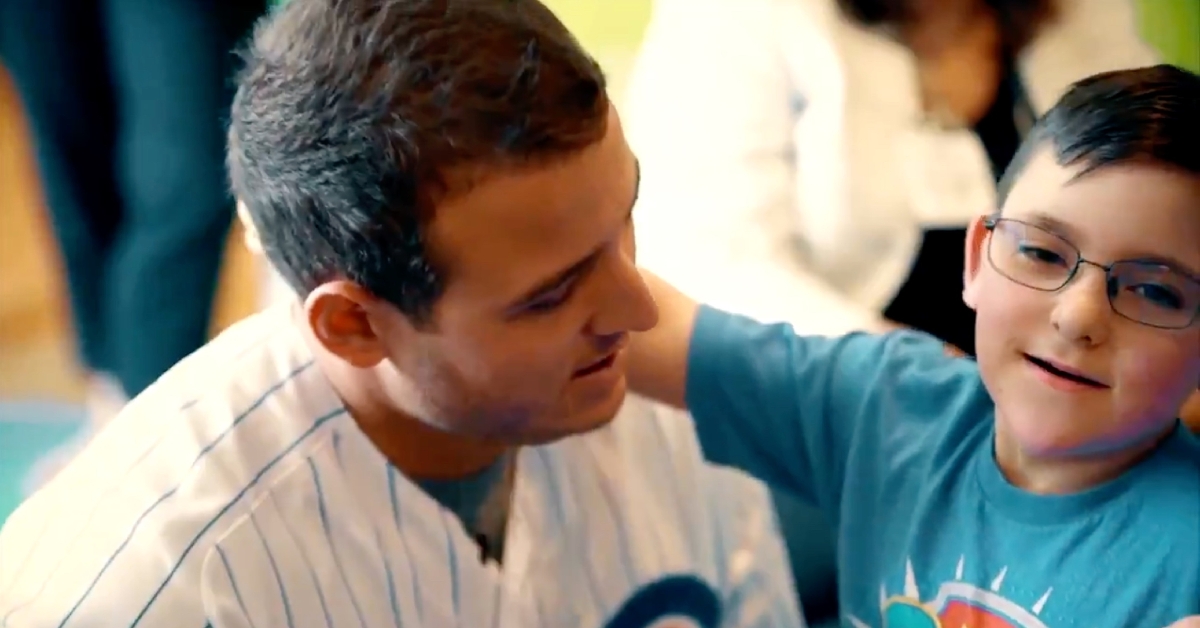 Through his foundation, Anthony Rizzo, who is a cancer survivor, has provided financial support to countless families fighting cancer.

CHICAGO — One would be hard-pressed to find a better humanitarian in MLB than Chicago Cubs first baseman Anthony Rizzo, whose Anthony Rizzo Family Foundation has raised millions of dollars for cancer research and families battling cancer. Rizzo won the 2017 Roberto Clemente Award because of his community service endeavors and could potentially win another prestigious honor later this month.

Rizzo was nominated for the Muhammad Ali Sports Humanitarian Award, which will be presented at the upcoming Sports Humanitarian Awards. ESPN on ABC is broadcasting the awards ceremony, and ESPN produced a video honoring Rizzo and his charitable efforts. Fittingly, Laila Ali narrates the touching clip pertaining to the award named after her late father. The ABC awards show will air on Saturday, July 24, at 1 p.m. CDT.

Check out Rizzo's nomination video below:

.@ARizzo44 knows firsthand that cancer is something you can't face alone. So the Cubs star began a foundation that's donated more than $13 million to families dealing with the disease.

Rizzo is a nominee for The Muhammad Ali Sports Humanitarian Award, presented by @DoveMenCare. pic.twitter.com/quLKIsTT6O