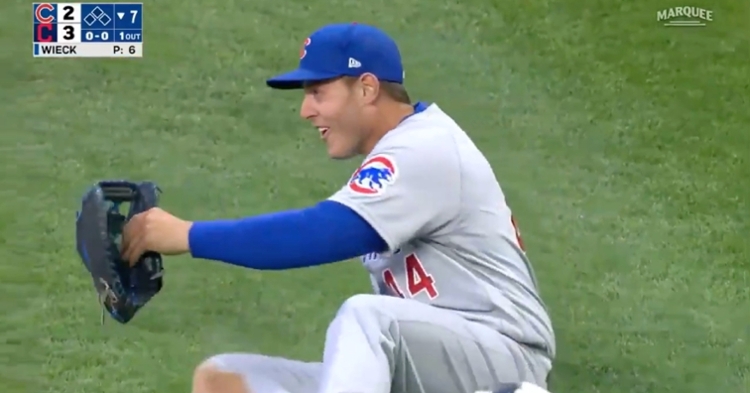 Anthony Rizzo could not help but grin after tripping and falling while fielding a grounder.

CLEVELAND — Showcasing why he is a four-time Gold Glove Award winner, Chicago Cubs first baseman Anthony Rizzo laid out to snag a screamer hit up the first baseline on Tuesday and pulled off a superb web gem. Rizzo fell down while fielding a hard-hit ball off the bat of Cleveland Indians right fielder Josh Naylor, leading to a putout at first base in the bottom of the seventh.

Rizzo's momentum while backhanding the ground ball carried him to the ground. He quickly recovered, though, and, while on one knee, fired a bullet to reliever Brad Wieck, who stepped on the bag just in the nick of time, thus outing Naylor. Rizzo could be seen smiling after turning his stumble into a stellar defensive play at Progressive Field.