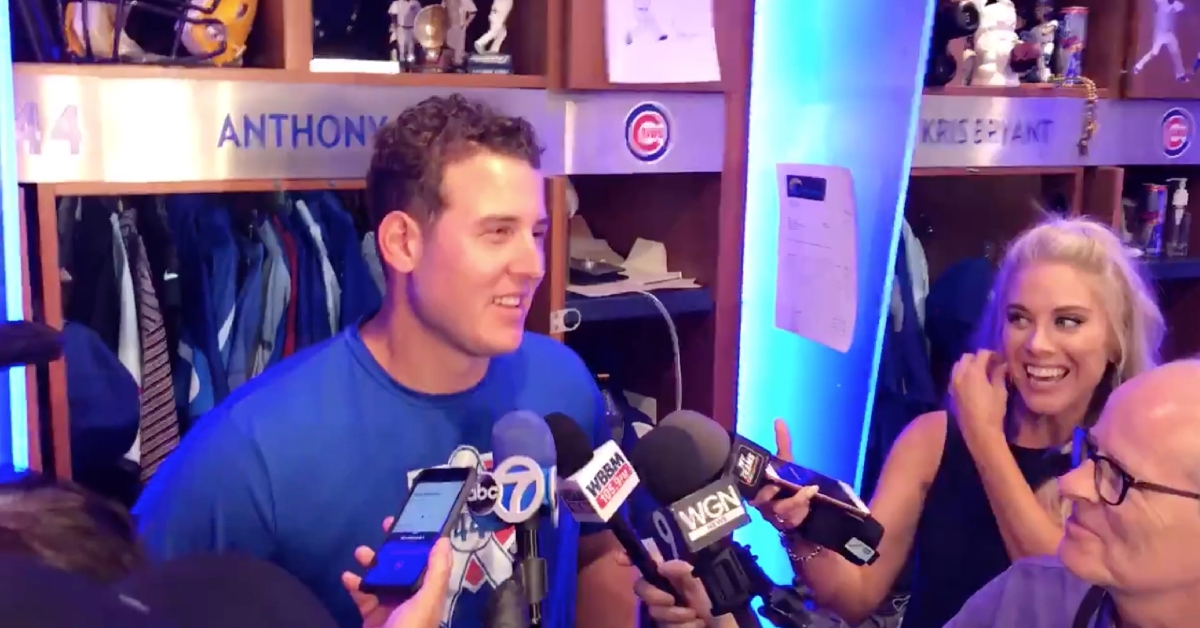 Anthony Rizzo was proud of becoming the Chicago Cubs' all-time leader in being on the wrong end of hit by pitches.

CHICAGO — In the Chicago Cubs' 5-1 win at Wrigley Field over the Seattle Mariners on Monday, Cubs first baseman Anthony Rizzo went 2-for-2 at the plate and hit a game-tying single in the seventh inning. However, the most fascinating element of Rizzo's performance was the fact that he was hit by two pitches.

With the pair of hit by pitches, Rizzo's career HBP tally increased to 139. Entering Monday's contest, Rizzo was tied for the all-time Cubs lead in hit by pitches at 137, meaning that the first beaning that "Big Rizz" took against the Mariners made him the new HBP king of the North Siders.

When he was approaching the milestone, Rizzo, whose plate-crowding batting stance has resulted in him wearing a slew of pitches in his career, had no idea that he was nearing the franchise record. However, after finding out about it, he was excited, and he now has the 137th, 138th and 139th HBP baseballs encased and proudly displayed in his locker.

Maddon, on Rizzo's club-record 139 HBPs: "As far as the Cubs go, that's right up there with DiMaggio and Cal Ripken. I don't see anybody breaking that." pic.twitter.com/NVWDVCG4dt