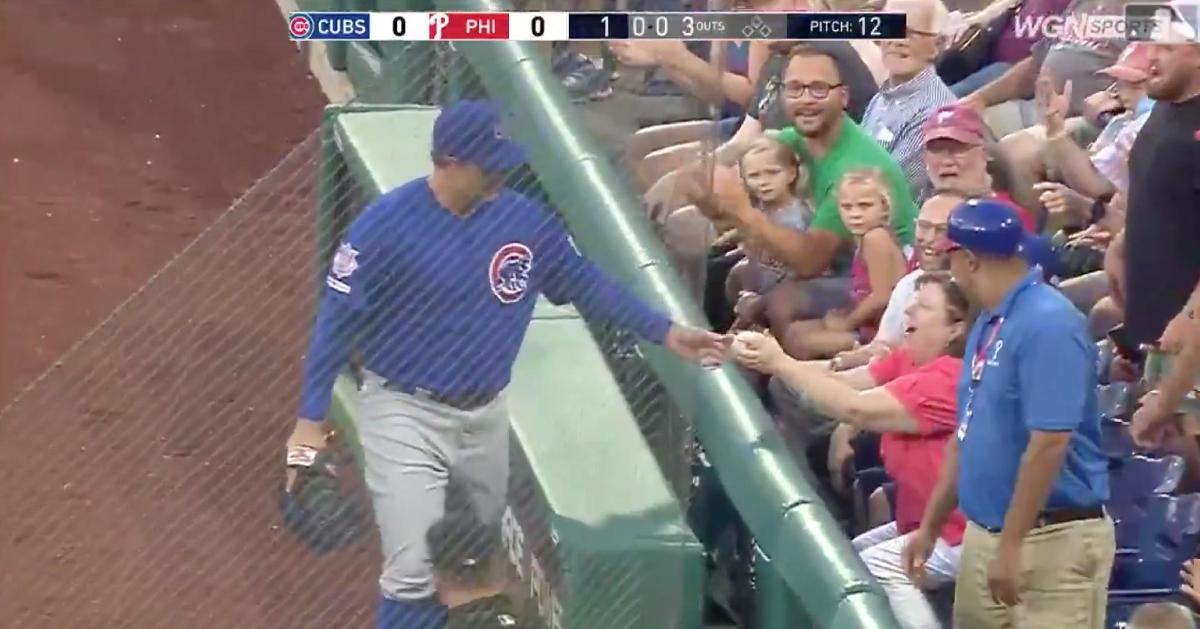 Thanks to Anthony Rizzo's kindness, a fan changed from fearful to happy in a matter of seconds.

PHILADELPHIA — With the Chicago Cubs battling the Philadelphia Phillies at Citizens Bank Park on Thursday, the Phillies fouled out to first base two consecutive times to end the bottom of the first. On the second one, Cubs first baseman Anthony Rizzo made a catch near the partition in front of the seats on the first-base side, thereby ending the inning.

An energetic fan sitting in the front row experienced several emotions on the play. First, the woman covered her face in fear as the foul ball carried into her vicinity. Then, after Rizzo snagged the baseball, she became hopeful that Rizzo would reward her with a souvenir. Finally, once Rizzo was nice enough to hand her the baseball, the lady was giddy and appreciative of Rizzo's kindness.