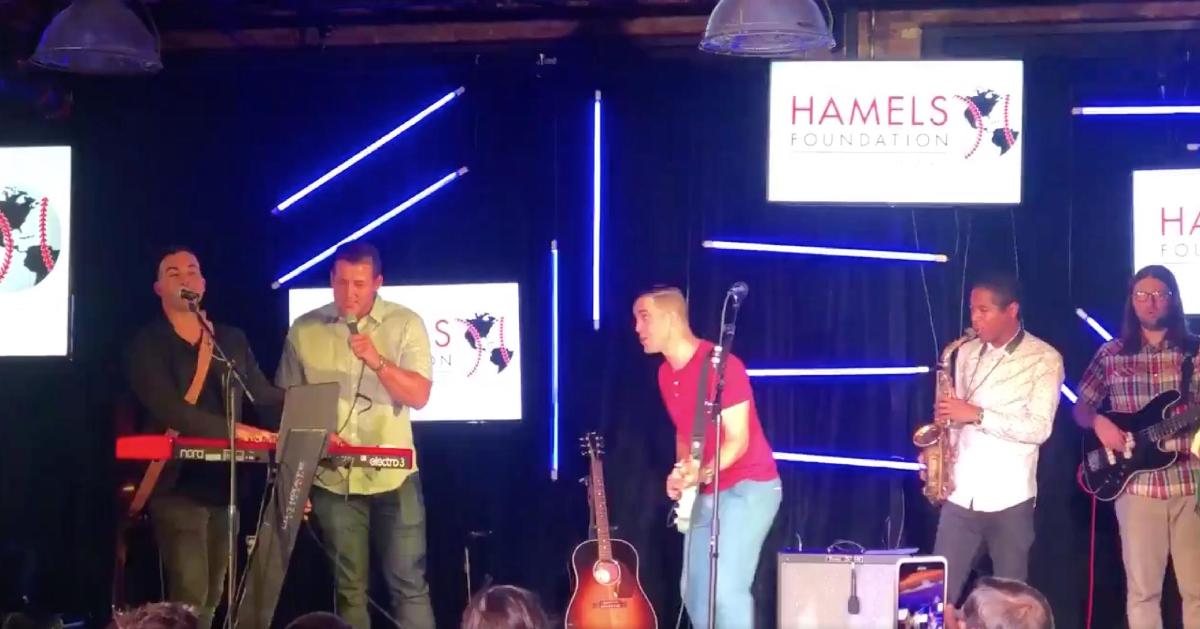 CHICAGO — On Sunday night, Chicago Cubs starting pitcher Cole Hamels and his wife, Heidi, hosted their first-ever First Pitch Gala to generate proceeds for their education-based charity, the Hamels Foundation. The gala was a huge success, as it had a substantial turnout, and featured speeches from Cole and Heidi, live music, live and silent auctions, cocktails and a sit-down dinner.

The highlight of the night was Cubs first baseman Anthony Rizzo's duet of Elton John's "Rocket Man" with professional vocalist Kelley James. Rizzo struggled to hit the high notes, but, in typical Rizzo fashion, he was not embarrassed whatsoever. Rizzo was also joined on stage by Hamels and fellow Cubs starter Jon Lester, as well as Cubs infielder Daniel Descalso and Cubs outfielders Ian Happ and Kyle Schwarber, for a performance of Neil Diamond's "Sweet Caroline" that brought the house down.