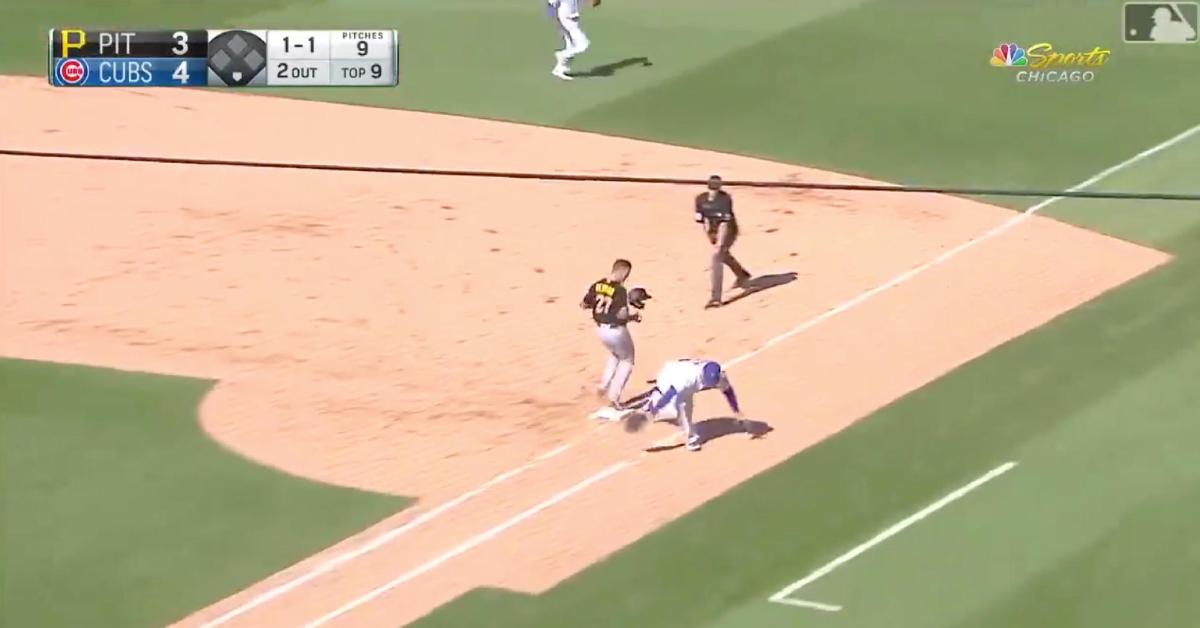 Anthony Rizzo finished off Craig Kimbrel's third save of the season with a stellar play. (Credit: Matt Marton-USA TODAY Sports)

CHICAGO — With the help of instant replay, Chicago Cubs closer Craig Kimbrel sat the Pittsburgh Pirates down in order in the top of the ninth on Friday and locked up the Cubs' 4-3 victory at Wrigley Field. Kimbrel had Cubs first baseman Anthony Rizzo to thank, as Rizzo made a stellar defensive play that finished off Kimbrel's third save of the season.

Pirates shortstop Kevin Newman served as Pittsburgh's last hope when he stepped up to the plate with two outs in the ninth and the Buccos trailing by one. Newman initially reached base safely after hitting a chopper to Cubs third baseman David Bote. Bote charged the ball and fired a throw to Rizzo that was a bit off the mark.