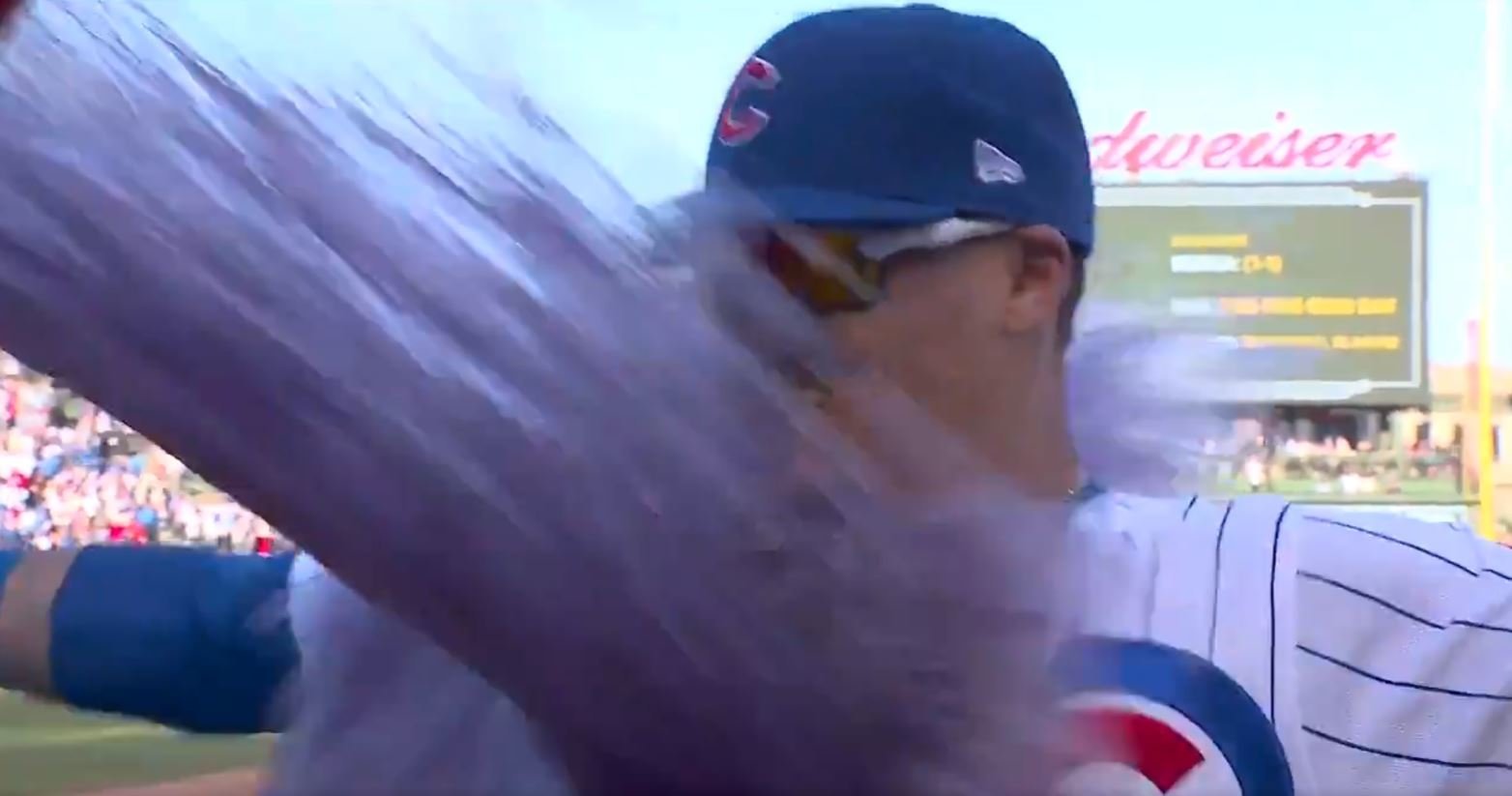 That is what Chicago Cubs shortstop Javier Baez exclaimed while anticipating a cold Gatorade bath during his postgame interview on Saturday. While being interviewed by FOX Sports' Ken Rosenthal after the Cubs' 6-5 win over the St. Louis Cardinals, Baez was doused with purple sports drink by his teammates, even after seeing it coming.

The reason for the Gatorade shower was Baez's game-winning home run in the eighth inning, with the solo shot putting the Cubs ahead by one run and serving as the winning hit. Baez talked about the go-ahead dinger, which came off Cardinals reliever John Brebbia, with Rosenthal.

"I was trying to hit the fastball, and (Brebbia) threw it to me. I just caught up to it and got it on the barrel."

Baez was also asked about his increased effectiveness at hitting sliders this season, as many of his strikeouts in seasons past have come via strike-three sliders, and he acknowledged that pitchers have had to "make adjustments" against him with two strikes this year. Baez's blast off Brebbia occurred when "El Mago" was thrown a 4-seamer on a 2-2 count.

Speaking of adjustments, Baez addressed the tweaks that the Cubs, who are now 18-12 and have not lost any of their past seven series, have made since going 2-7 to start the season.

"It's something that you learn: how to make adjustments. Obviously, it's a long season, so we're going to play hard every day."

.@Ken_Rosenthal caught up with Javier Báez after he hit the go-ahead HR yesterday that eventually gave the @Cubs the win.

Will the Cubs put on another show today to sweep the Cardinals? pic.twitter.com/kU0yqbW4VE