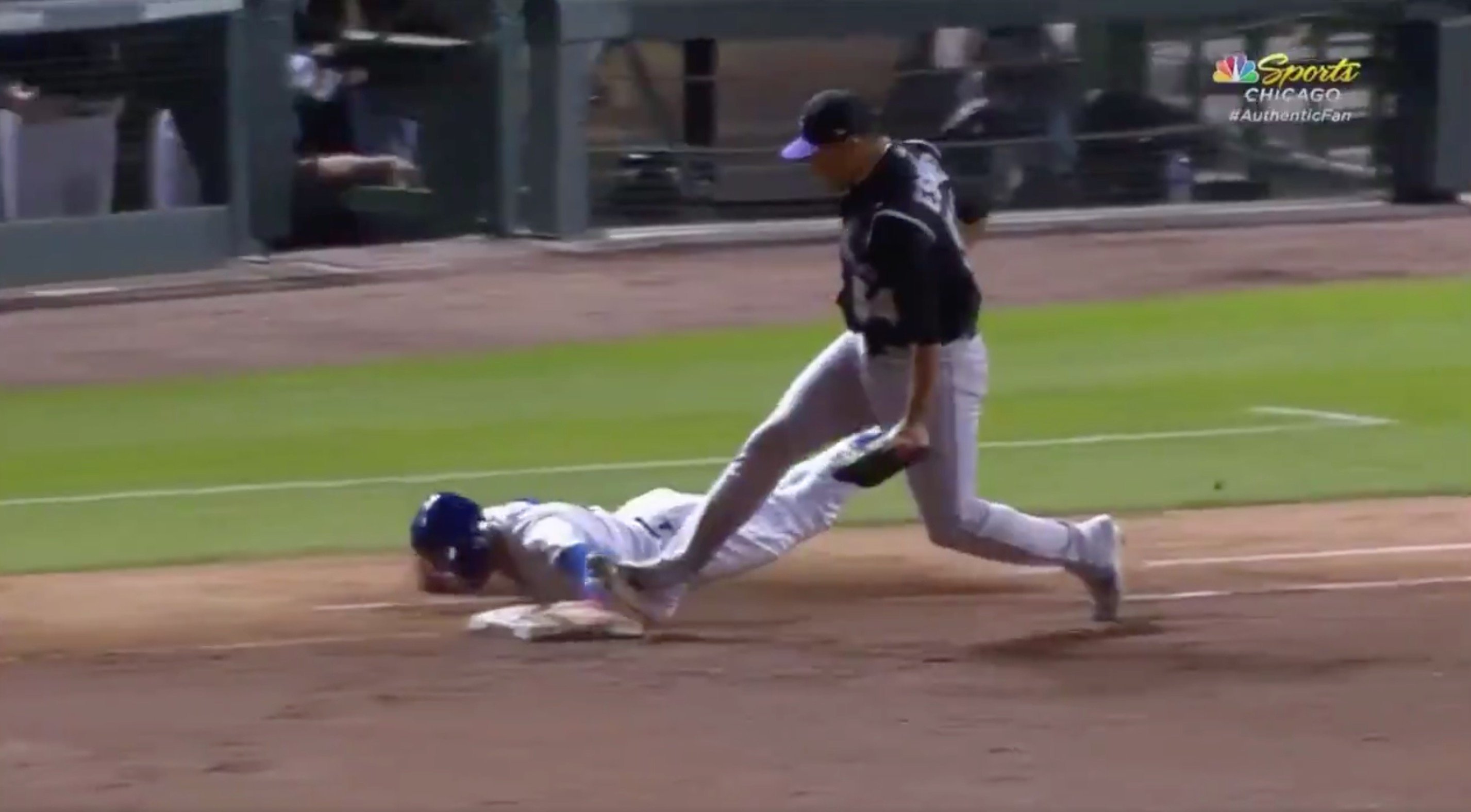 "El Mago" disregarded his injury concerns by going for it all on an infield single. (Credit: Quinn Harris-USA TODAY Sports)

Even in the throes of recovery from a lingering heel injury, Chicago Cubs shortstop Javier Baez could not stifle his inner "El Mago" in a pivotal situation against the Colorado Rockies on Tuesday night. With the Cubs clinging to a 2-run lead at Wrigley Field, Baez went all out in an effort to pick up an infield single in the bottom of the eighth.

While he likely made Cubs management cringe in the process, Baez slid headfirst into the first-base bag in an effort to beat out a charging defender after hitting a dribbler in between first and second. The slide was successful, as Baez was safe at first. In the next at-bat, right fielder Carlos Gonzalez hit a 1-out sacrifice fly that scored third baseman Kris Bryant, thereby making Baez's effort worth it. Luckily, Baez escaped injury on the play, which was made possible by his magical alter-ego.