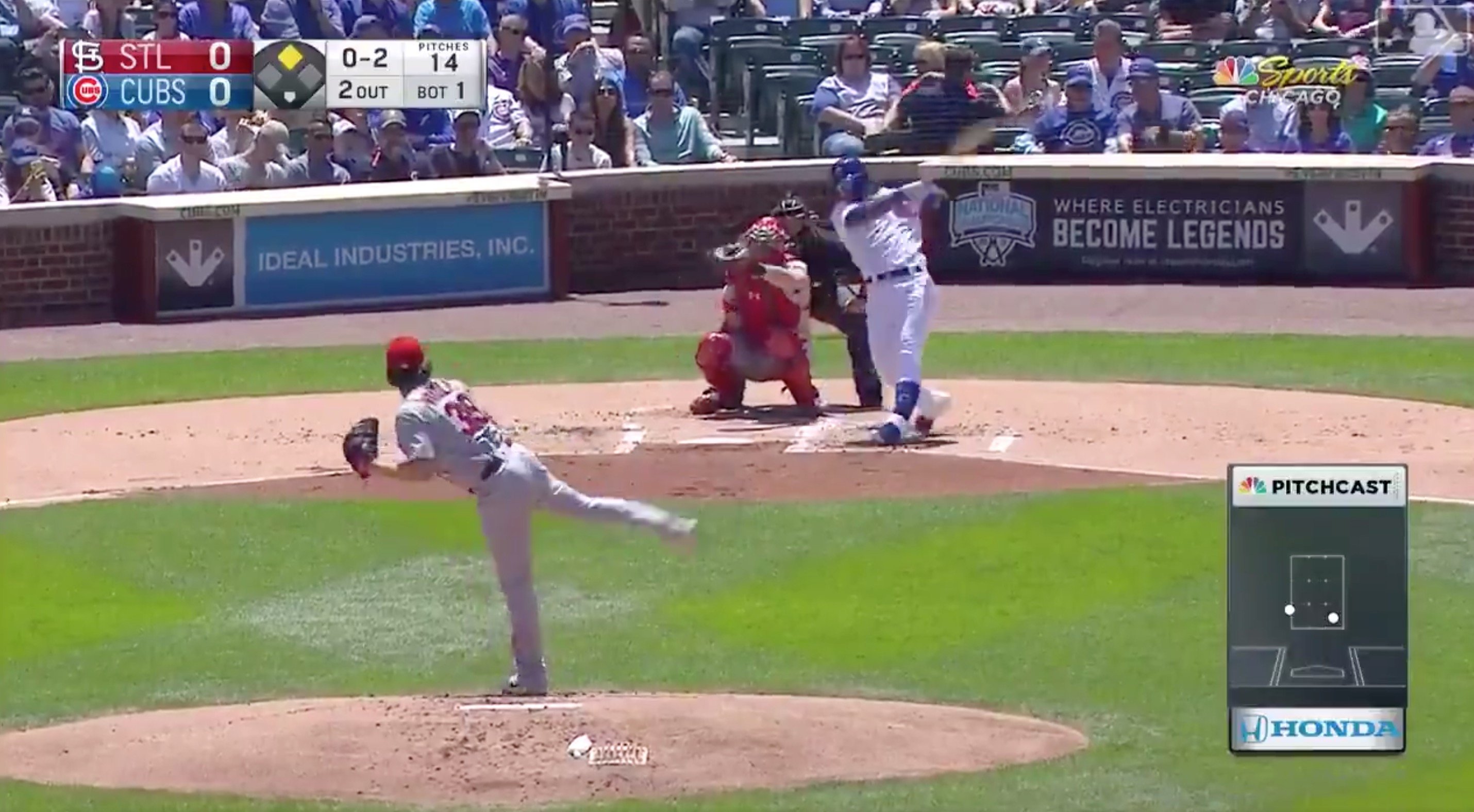 Javier Baez picked up his 16th dinger of the season with an opposite-field blast in the first frame. (Credit: Steve Mitchell-USA TODAY Sports)

Coming through with a 2-out blast, Chicago Cubs shortstop Javier Baez provided his club with an early lead over the rival St. Louis Cardinals on Friday. Batting leadoff, which he has proven to be adept at in the past, Cubs first baseman Anthony Rizzo drew a leadoff walk in the bottom of the first, and, following two strikeouts, Baez plated Rizzo with his 16th home run of the year.

Sending the 376-foot dinger to the opposite field, Baez clobbered a 2-run shot to right left the bat at 105 miles per hour with a launch angle of 30 degrees. Cardinals starter Miles Mikolas was taken deep on a 93-mile-per-hour fastball, which marked the 13th homer given up by him this season. By putting the Cubs up 2-0, "Javy" increased his season RBI total to 42.

Just a quick update on @javy23baez’s splits on 0-2 counts: pic.twitter.com/ZnRAg1mv7D

That deserves a “pat on the back” Báez w/his 16th HR of the season & #Cubs take early lead 2-0 lead over the #Cards. Catch the action on @NBCSChicago https://t.co/b9tQNi45yn pic.twitter.com/ihw7XM46x3