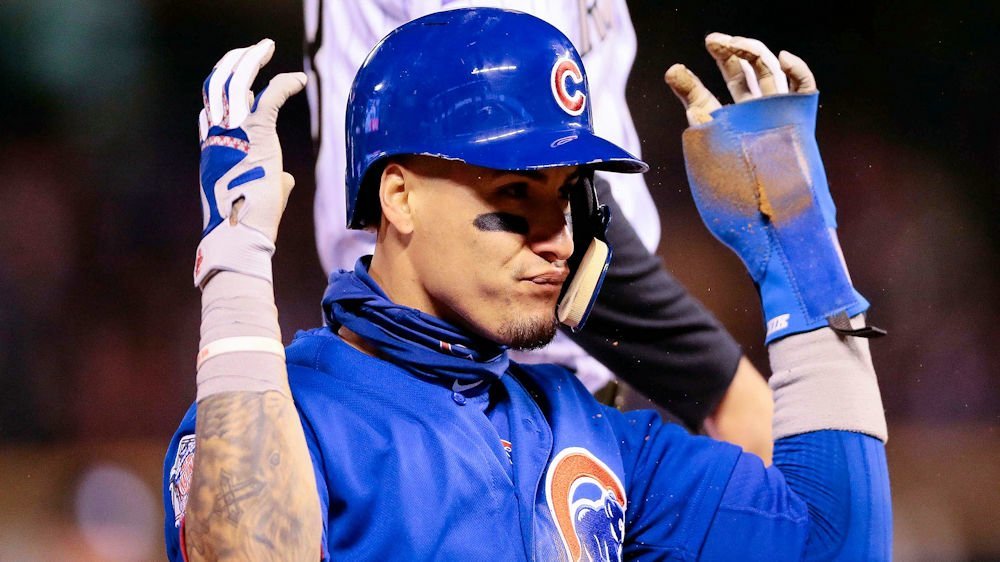 In the Chicago Cubs-Milwaukee Brewers matchup on Sunday night, the Cubs were clinging to a 1-run lead in the top of the sixth when shortstop Javier Baez came up big with a stellar defensive play. Jesus Aguilar of the Brewers attempted to score from third base on a grounder hit to shortstop. Baez was quick to field the ball and fired a bullet to catcher Willson Contreras, who then applied the tag on Aguilar to keep the Cubs' lead intact.

The throw home by Baez was registered at 90.6 miles per hour, and Baez's perfect placement made it easy for Contreras to tag Aguiliar well out in front of the plate. The Brewers failed to push a run across in the sixth and also went scoreless the rest of the way, with the critical throw from Baez spoiling a promising inning for Milwaukee that could have potentially turned the tide of the game.

Javier Baez's throw home to cut down the tying run in the 6th inning: