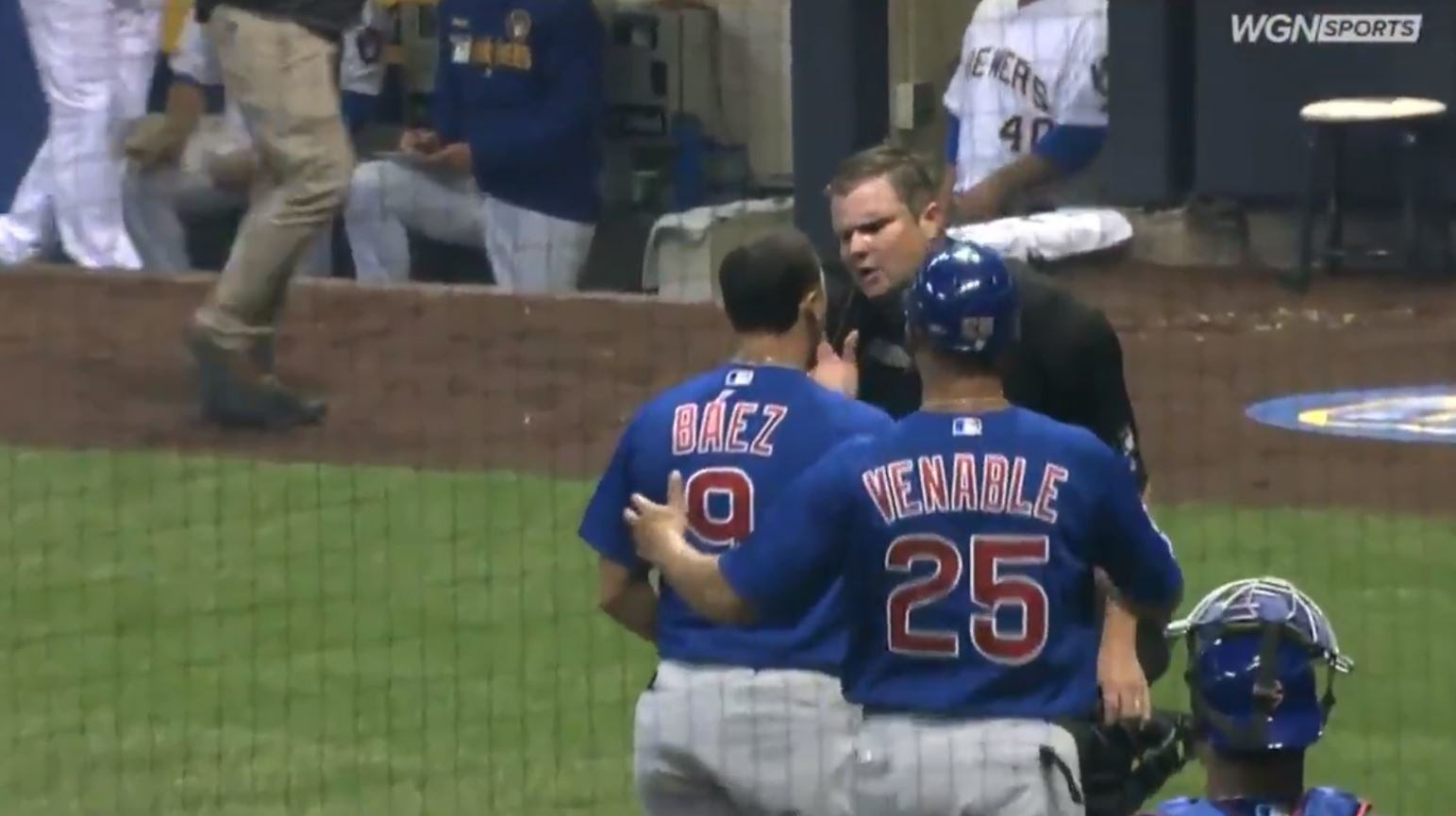 MILWAUKEE, Wisconsin — Clearly frustrated by his club's recent play, Chicago Cubs shortstop Javier Baez showcased that frustration with the Cubs trailing 6-0 to the rival Milwaukee Brewers on Friday. After getting caught looking on an inning-ending strikeout in the top of the third, Baez did not seem to agree with the strike call. As a result, Baez slung his bat to the side and slammed his batting helmet to the ground.

By rule, a helmet slam is an equipment violation that results in a fine, and it is protocol for the home-plate umpire to literally point out the violation in order to let the player know that he will be fined. After pointing at Baez, umpire Jordan Baker was confronted by a fired-up "El Mago," who stormed after Baker and got in his face.

Evidently, Baez assumed that he had been ejected, but Baker was able to defuse the situation by calmly explaining to Baez that the point was indicative of a fine, not an ejection. Baker, who is 6 feet 7 inches tall, is the largest umpire in the big leagues, so Baez was wise to cool off and return to the dugout after his blowup.

Here's the sequence after Javy took a called 3rd strike to end the @Cubs 3rd inning in Milwaukee. #ElMago almost got himself ejected. #GoCubsGo pic.twitter.com/1KwztzFveF