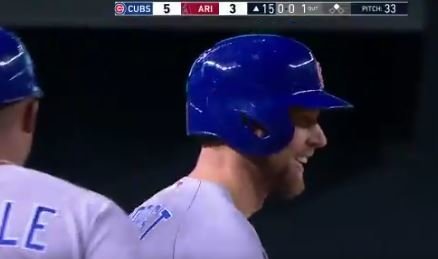 Ben Zobrist knows a thing or two about clutch hitting.

It was his first extra-base hit of the season as he was previously going through a tough stretch hitting.

The following batter Kris Bryant added a sacrifice fly to make it 6-3 in favor of the Cubs.

Seriously, Zobrist asks out of the lineup in favor of Bote then hits a 2 run double in the 15th. C'mon, Hollywood, use that.