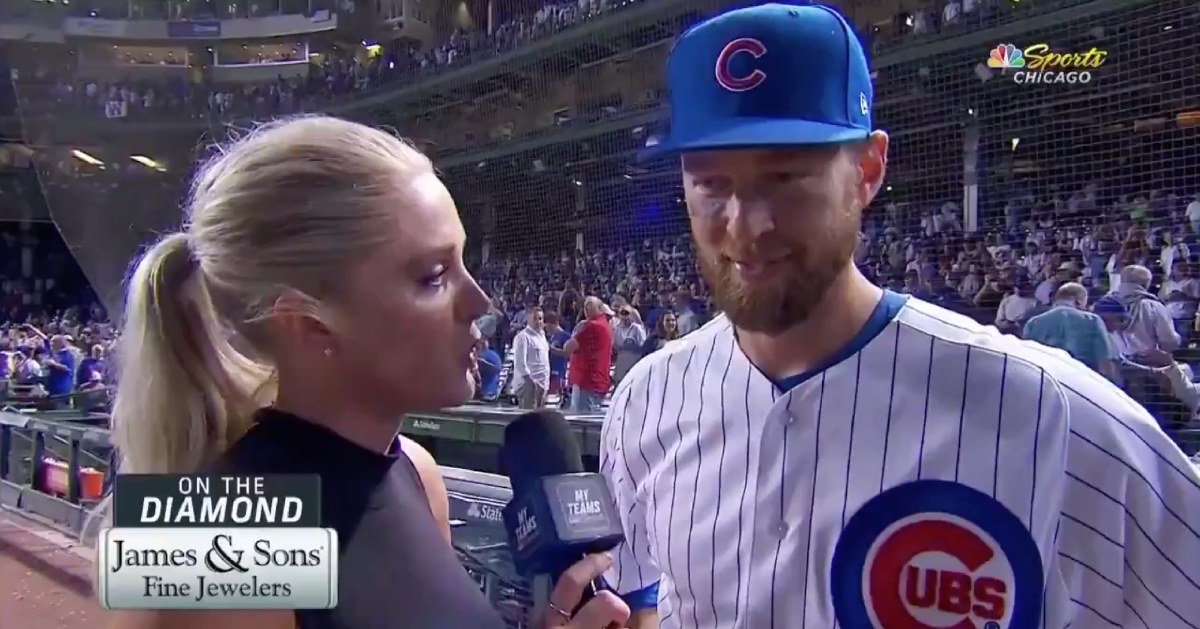 Following the Chicago Cubs' 6-1 win over the Seattle Mariners at Wrigley Field, Ben Zobrist discussed his return to major-league action.

CHICAGO — Making his long-awaited return to the diamond for the Chicago Cubs, veteran utility man Ben Zobrist took part in his first action with the Cubs since May 6 on Tuesday night. Starting at second base and batting out of the leadoff spot, Zobrist pulled off several impressive defensive highlights and also went 1-for-3 with one walk and two runs scored.

"It was great just to get back finally," Zobrist told a reporter following the Cubs' 6-1 victory versus the Seattle Mariners. "The last couple of days, I've been itching to get out there. I'm just happy to be a part of a win today."

When stepping up to the plate in the bottom of the first, Zobrist received a warm welcome from the Wrigley Field crowd, as a standing ovation preceded Zobrist's first plate appearance with the North Siders in nearly four months. Although Zobrist struck out in his return at-bat, he kicked off the bottom of the third with a bunt single and came home a sacrifice fly soon afterward.

"I'm seeing the ball OK," Zobrist said of his readjustment to the big leagues. "I'm still trying to find my swing a little bit, but I think it'll come. I've just got to get some at-bats in there."

"It was great... the last couple days I've been itching to get out there"

Zobrist, who went on a leave of absence from the Cubs in early May due to a personal matter, recently completed a month-long rehab assignment in the minor leagues and was activated off the restricted list and added to the Cubs' active roster on Sunday. Tuesday's game marked Zobrist's first in-game appearance for the Cubs since the 38-year-old rejoined the team over the weekend, and Zobrist was deeply appreciative of the support that he received from his teammates, coaches and fans on the memorable evening. 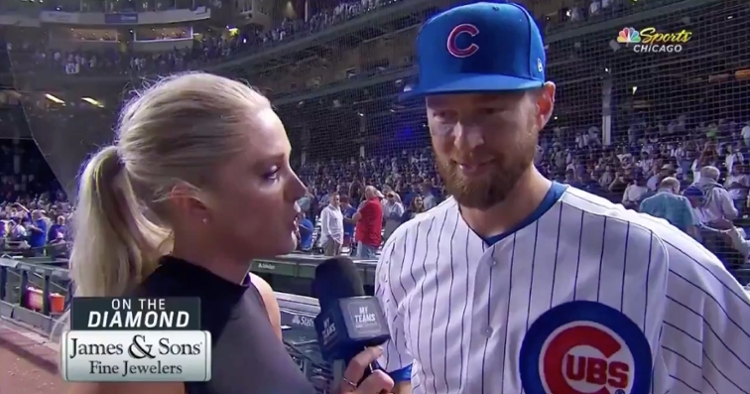 Following the Chicago Cubs' 6-1 win over the Seattle Mariners at Wrigley Field, Ben Zobrist discussed his return to major-league action."

"I just feel real grateful that I get to be a part of this and be a Chicago Cub," said Zobrist. "People make you feel special around here."