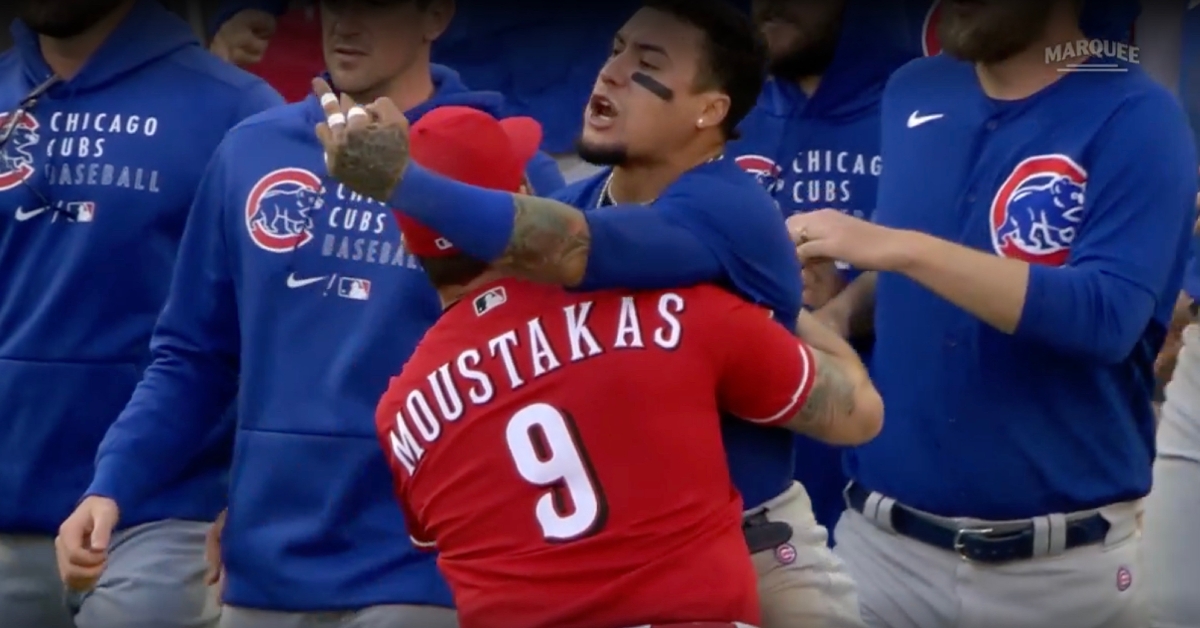 Javier Baez made no effort to conceal his displeasure with Amir Garrett, flipping him off while being held back.

CINCINNATI — Cincinnati Reds reliever Amir Garrett is fiery, to say the least, and he has a history of feuding with the Chicago Cubs. Garrett caused the benches to clear at Great American Ball Park on Saturday after barking at Cubs first baseman Anthony Rizzo following a strikeout.

With the Reds trailing 3-2, Garrett entered to pitch with one out in the top of the eighth and subsequently struck Rizzo out swinging. Garrett showboated following the strikeout and chirped at Rizzo, causing Cubs shortstop Javier Baez to become irate. Baez had to be held back after the dugouts emptied, as he screamed at Garrett and showed off his left middle finger by shooting Garrett the bird.

No ejections took place, as coolers heads prevailed before any fighting could take place. Garrett remained on the mound and finished off the scoreless inning shortly afterward. As for his behavior, there is no obvious explanation for why Garrett cursed at Rizzo and sparked a fracas. Regardless, his recurring feud with the Cubs is still alive and well.

Amir Garrett strikes out Anthony Rizzo, words are exchanged and then both benches clear during the Reds and Cubs game. pic.twitter.com/dGX508V2Gh