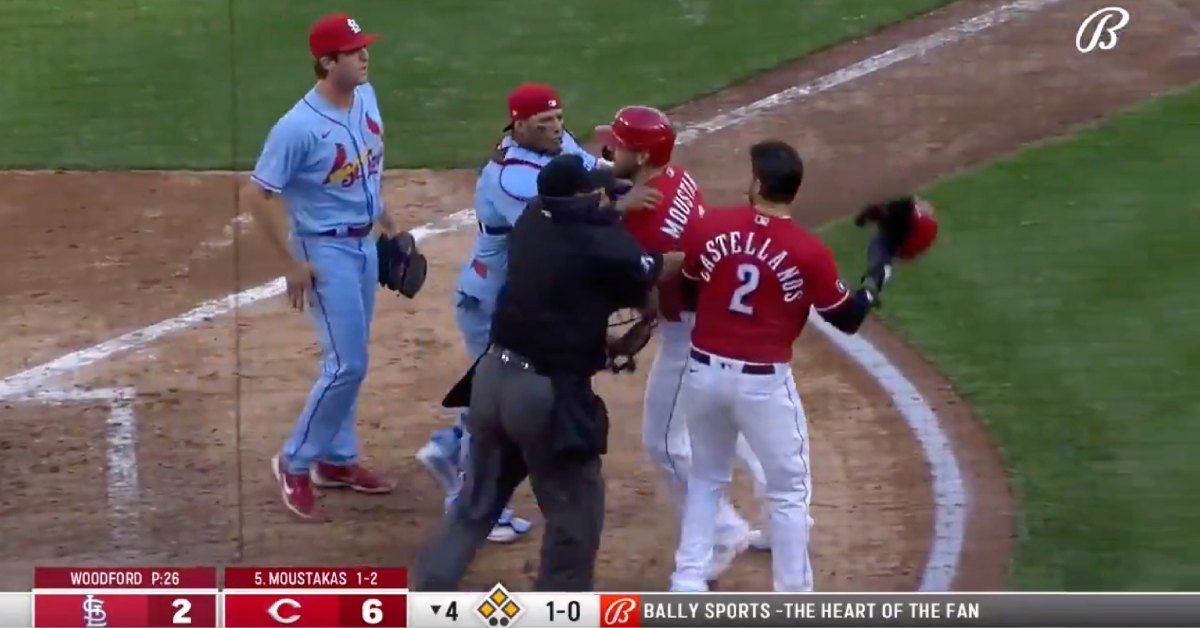 Nicholas Castellanos and Yadier Molina had to be separated as the benches cleared.

CINCINNATI — Former Chicago Cubs outfielder Nicholas Castellanos, who now plays for the Cincinnati Reds, sparked a bench-clearing confrontation in Saturday's matchup at Great American Ball Park between the Reds and St. Louis Cardinals. Castellanos showboated in the face of Cardinals pitcher Jake Woodford after a close play at the plate, and Cardinals catcher Yadier Molina took umbrage with it.

Castellanos was clearly peeved from getting beaned by Woodford earlier in the inning, and Molina understandably stood up for his pitcher when Castellanos screamed in Woodford's face after scoring on a wild pitch. Castellanos and Molina had to be held back from one another, and the benches cleared before cooler heads prevailed. Castellanos and Molina are two of the fieriest players in the majors. Thankfully, their confrontation involved nothing more than talk.

Nick Castellanos didn't take too kindly to getting plunked. ?? pic.twitter.com/jwqf7OXF7E

The Reds' and Cardinals' dugouts have emptied after Nick Castellanos scores on a wild pitch. pic.twitter.com/M8sSctUjbo

After their initial encounter, tempers flare further between the Reds and Cardinals in the outfield. pic.twitter.com/Bbvw8fT26K