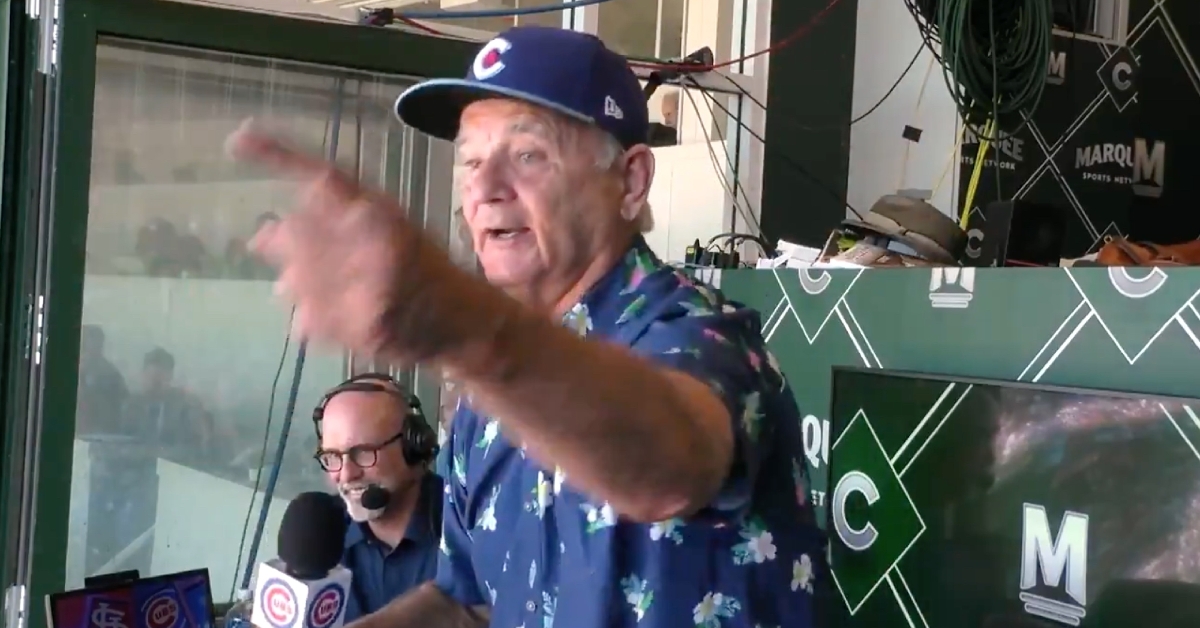 Bill Murray's riveting performance during the seventh-inning stretch was followed by the Cubs taking their first lead of the game.

CHICAGO — As if the fans at Wrigley Field were not already energized enough in the midst of a 5-5 clash with the St. Louis Cardinals on Friday afternoon, the most iconic Chicago Cubs fan of all sang an electrifying rendition of "Take Me Out to the Ball Game" during the seventh-inning stretch. Iconic comedic actor Bill Murray showed off his pipes and fired up the crowd in the first full-capacity game at the Friendly Confines since 2019.

With Wrigley Field back at 100% capacity for Friday's series opener, the energy at the ballpark was palpable, and it only became even more pronounced when Murray shouted a quick motivational speech from the broadcast booth before belting out the song. Perhaps Murray's performance motivated the North Siders, as they took a 7-5 lead — their first lead of the day — over the Redbirds in the bottom of the seventh.

Bill Murray scares the hell out of the Cardinals. #CubTogether pic.twitter.com/0uEEU3HSlq