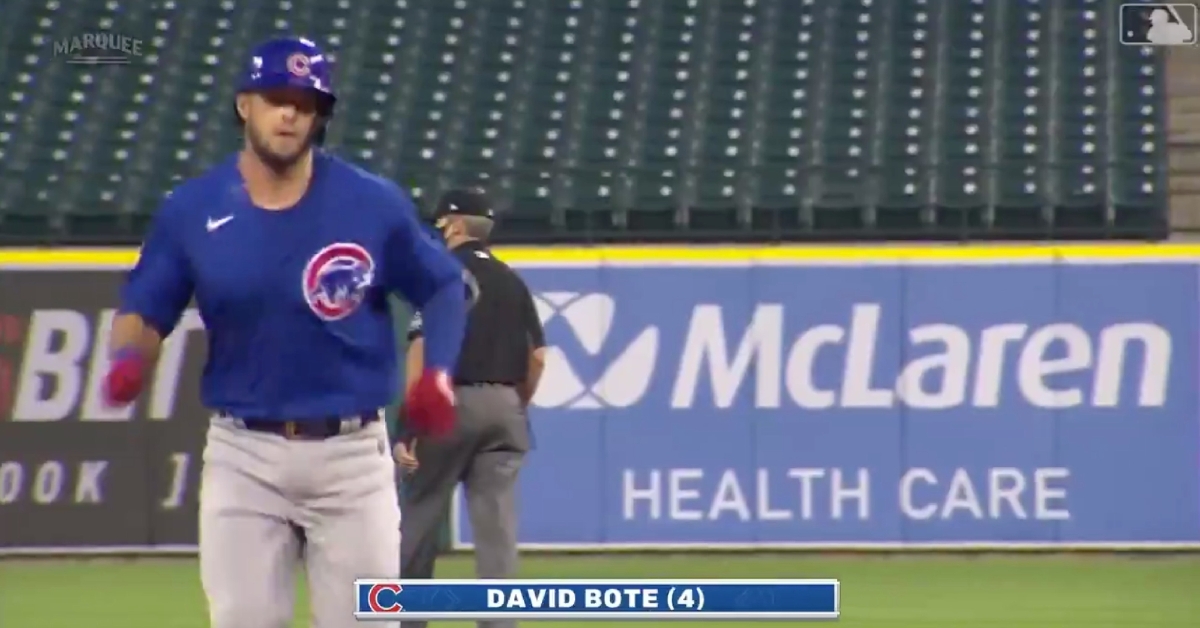 DETROIT — Going yard for the fourth time on the season and accruing his second RBI of the night, Chicago Cubs third baseman David Bote belted a solo home run at Comerica Park on Monday. The leadoff jack in the top of the fourth put the Cubs up 3-1 on Detroit Tigers rookie starter Casey Mize.

Bote previously tagged Mize for an RBI single in the second frame. His fourth-inning blast was scorched out to left, leaving the bat at 107 mph and sailing 455 feet. The dinger, which came on slider thrown by Mize on a full count, increased Bote's RBI total to 15.

Bote's bomb marked the longest home run of the season for the Cubs and the second-longest of Bote's career. Furthermore, the long ball served as just the 22nd home run hit by Cubs player during the Statcast era to travel at least 455 feet.

David Bote's homer in 4th soared a projected 455 feet. Longest of the season by a Cubs hitter, and only 22nd blast in Statcast Era of 455+ for the Cubs: https://t.co/ZtzsmkEFEH