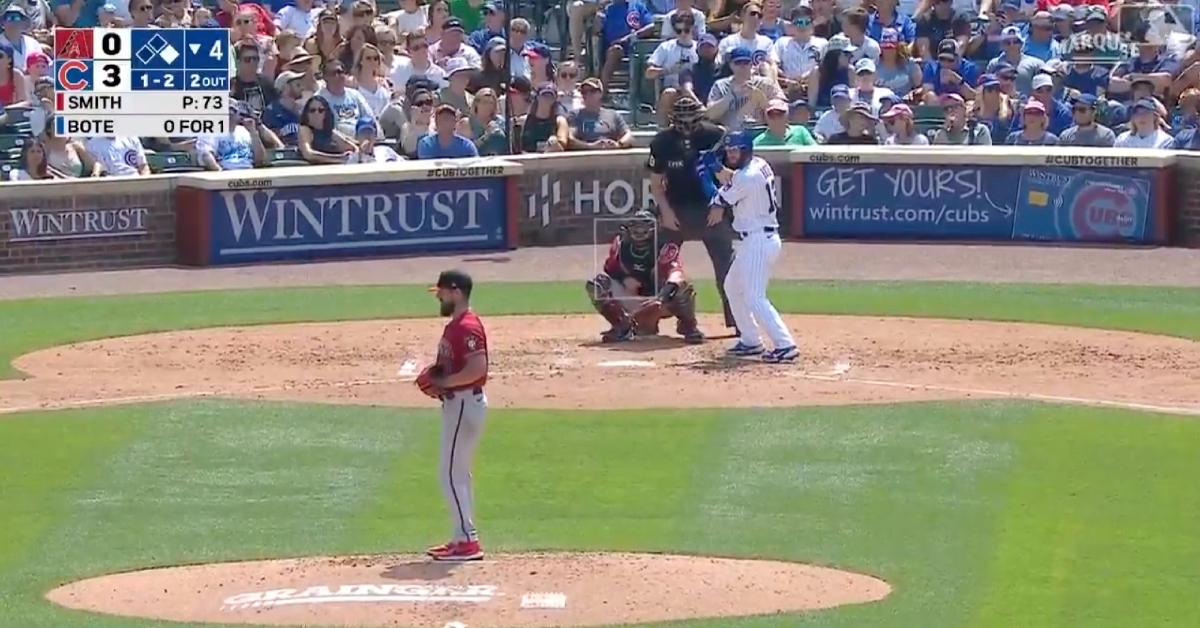 David Bote walloped a two-run shot in his return to action, giving him six homers and 25 RBIs on the year.

CHICAGO — Making his return from a long injury layoff on Sunday, Chicago Cubs third baseman David Bote did not wait long before hitting his first home run since May 28. Bote suffered a shoulder separation on May 29 and had not played since then, but he started against the Arizona Diamondbacks after getting activated off the injured list and swatted a two-run jack in the fourth frame, with the dinger leaving the bat at 102.8 mph and 26 degrees.

Coming on a 1-2 count with two outs in the bottom of the fourth, the 405-foot blast sailed into the left-center field bleachers at Wrigley Field and increased the Cubs' lead over the D-backs to 5-0. Former Cubs prospect and current D-backs starter Caleb Smith gave it up on a 79.2-mph curveball, marking his third home run allowed on the afternoon. Left fielder Patrick Wisdom, who drew a one-out walk earlier in the inning, was scored via Bote's bomb.

when your pitcher makes a big mistake pic.twitter.com/GDiRo1H1Am