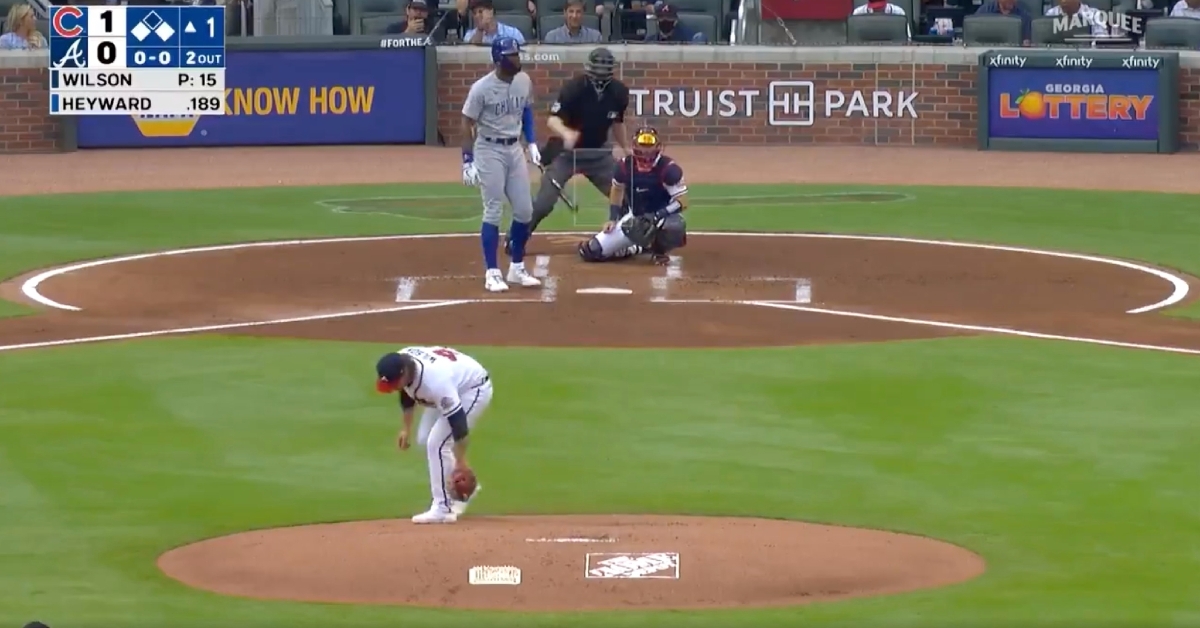 Braves righty Bryse Wilson stumbled on the mound, with the gaffe resulting in a run-scoring balk.

ATLANTA — Atlanta Braves starting pitcher Bryse Wilson struggled against the Chicago Cubs on Thursday, giving up fours runs on seven hits and two walks in three innings pitched. The ultimate lowlight of his performance, though, came on a balk, as Wilson enabled a run to score by slipping on the mound.

With right fielder Jason Heyward batting in the top of the first, Wilson's back foot seemed to skid off the rubber while the right-hander was winding up. As a result, Wilson stumbled, and a balk was called.

The run-scoring balk came with third baseman Matt Duffy at third. Duffy scored, and shortstop Javier Baez advanced from first to second. Following the balk, the Cubs led the Braves 2-0 at Truist Park.