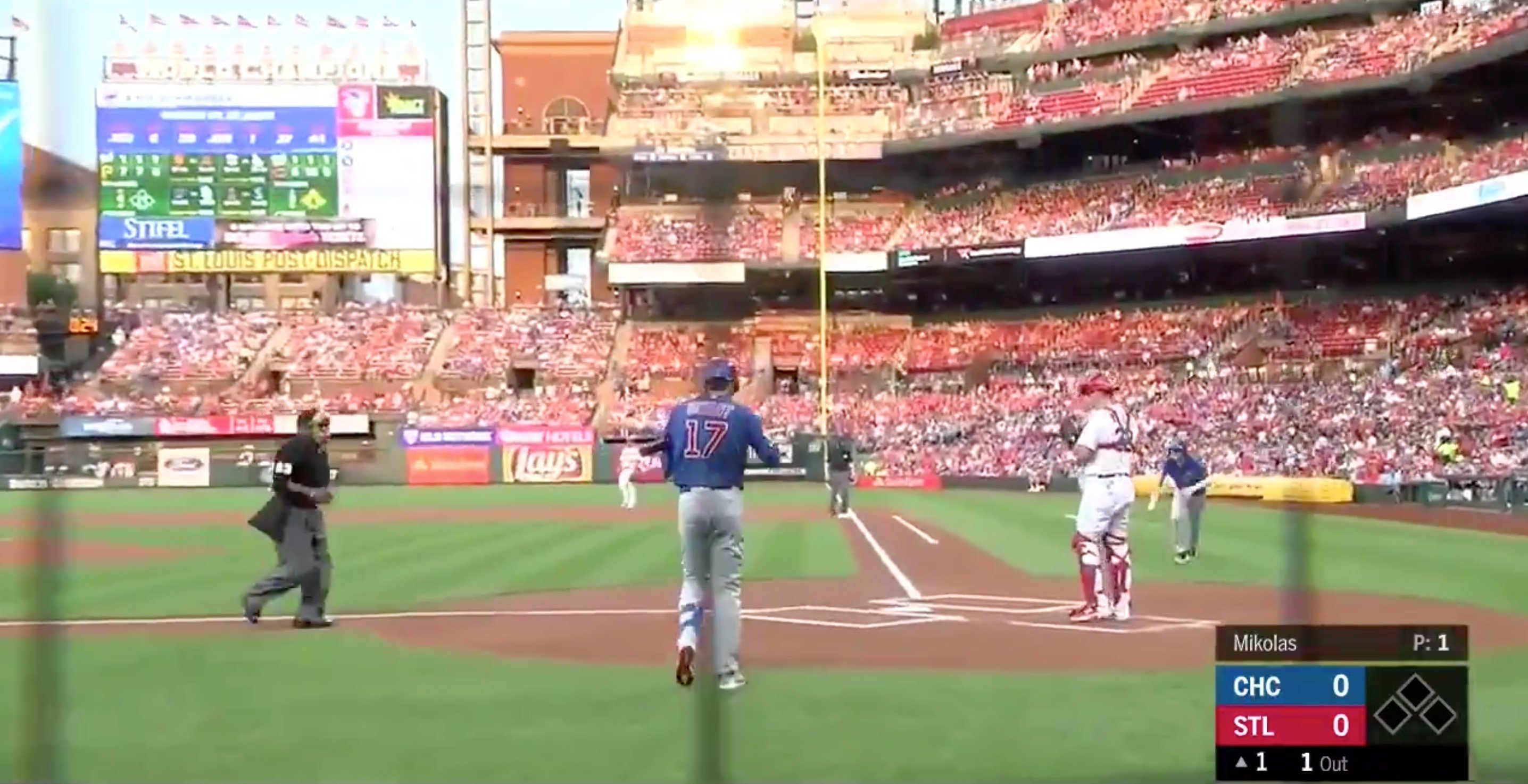 Kris Bryant called the city of St. Louis "boring" and was booed at Busch Stadium because of it. (Credit: Steve Mitchell-USA TODAY Sports)

Busch Stadium is never exactly a friendly environment for Chicago Cubs players, but it was especially hostile for Cubs third baseman Kris Bryant on Friday night. At the annual Cubs Convention this past offseason, Bryant was interviewed by former Cubs pitcher Ryan Dempster at the fan-friendly event, and, when asked about the city of St. Louis, he referred to "The Lou" as "boring" and claimed that he struggled to find things to do during his down time while in the city for road games against the St. Louis Cardinals.

After arriving in St. Louis on Thursday for the Cubs' 3-game set versus the Cardinals, Bryant was asked by reporters what he planned to do on the off day but refused to take the bait. Bryant backpedaled out of the question and instead asked the media members what they would be doing, as he knew that any additional sound bites would serve as unnecessary distractions. Following the convention in January, Cardinals catcher Yadier Molina took umbrage with Bryant's remarks and fired back at Bryant while defending the city of St. Louis on Instagram.

So, Kris Bryant, are you looking forward to St. Louis? pic.twitter.com/3TDI8GjLyl

"I'm like, zero chance in hell. Nothing. No way. Won't even go there as a free agent. Not happening." — Ryan Dempster

Yadier Molina not happy with comments by Bryant and Dempster regarding St. Louis at the annual Cubs Convention pic.twitter.com/irfjz5Hsly

Although Bryant refused to diss the "Gateway City" prior to the start of the series, he did say that he would gladly embrace boos from the faithful fans at Busch Stadium, and his wish was granted. While digging in at the plate, Bryant, who was also booed during player introductions, was serenaded by the boo birds in attendance. Bryant did not have to suffer through the cacophony for long, though, as he swung at the first pitch of his first-inning plate appearance and drove it up the middle for a single. With that being said, the booing of Bryant is almost certainly going to continue throughout the series.