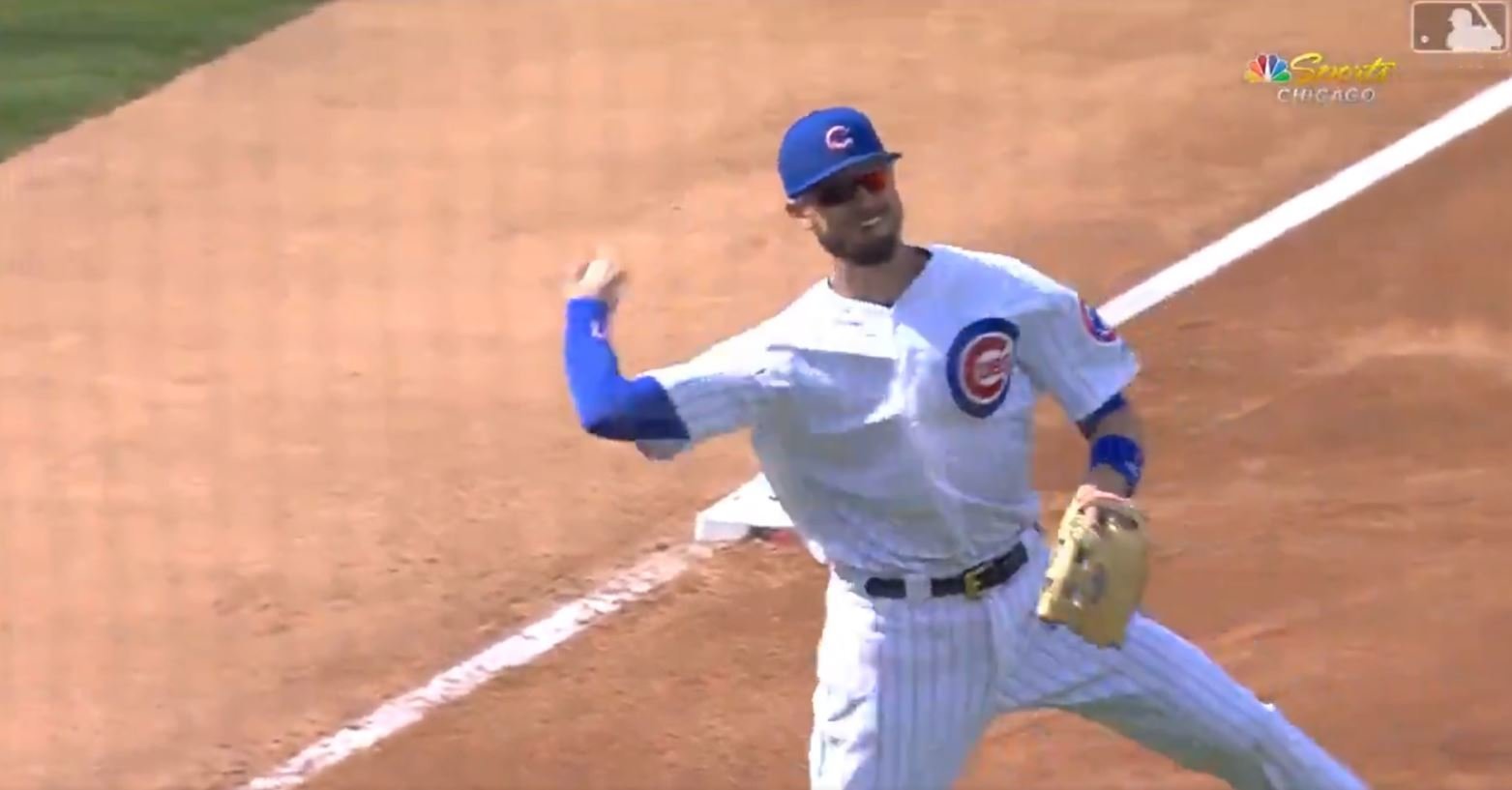 The dynamic duo known as "Bryzzo" has pulled off some impressive defensive feats over the years. (Credit: Matt Marton-USA TODAY Sports)

Teammates and best buds Kris Bryant and Anthony Rizzo have teamed up for some pretty special defensive highlights over the years, and, on Thursday against the Miami Marlins, the Chicago Cubs infielders pulled off one their best web gems yet.

In the top of the eighth, third baseman Bryant charged a softly hit grounder and fired a laser of a throw across the diamond to first baseman Rizzo for an out. Brian Anderson of the Marlins hustled down the line after smacking the dribbler toward third, but Bryant also hustled in fielding the ball at the edge of the infield grass.

Bryant proceeded to barehand the baseball and sidearm a throw over to Rizzo, who did a split while laying out to make the catch and record the putout. Rizzo directed a friendly nod and point in the direction of his pal on the other side of the infield, thereby putting a bow on another milestone moment from Bryant and Rizzo's baseball bromance.