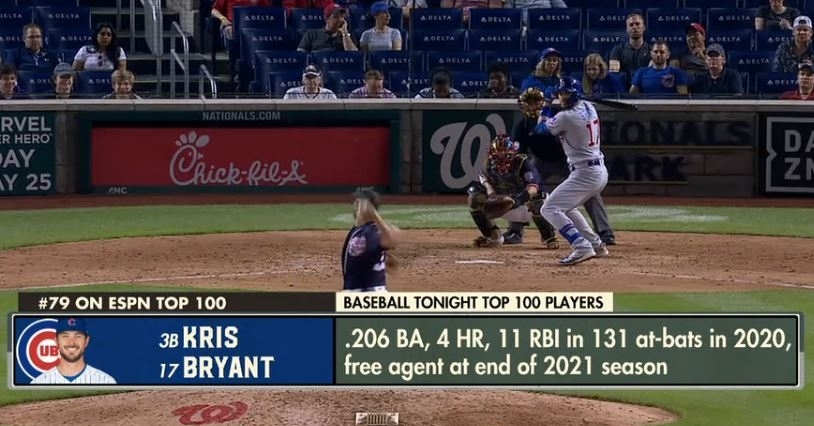 One of the biggest question marks for the Cubs is what they will get out of former MVP Kris Bryant for the 2021 season.

When healthy and playing well, he is one of the elite players in the major leagues.

ESPN's Jesse Rogers spoke with Baseball Tonight recently and talked about how Bryant is trying to get back to his former MVP self.

"I'd like to see Kris Bryant healthy for 160 games first and foremost," Rogers said. "He's working on a few things, has a new on-deck routine. He's trying to keep his top hand above the ball path, trying to deal with the high pitches."

Rogers shared that Bryant has been getting many breaks from home plate umpires of late.

"He could use a little bit of luck from the men in blue," he said. "He ranks in the top ten in strikes called above average over the last two seasons. That's no fun when you're getting that call on the outside corner. So it's been a combination of things."

Rogers believes that Bryant is still a very good player.

"But at least he's healthy, still working through some things. I think his floor is still a very good player. Can he get back to 16' when he won the MVP? That's certainly a question."