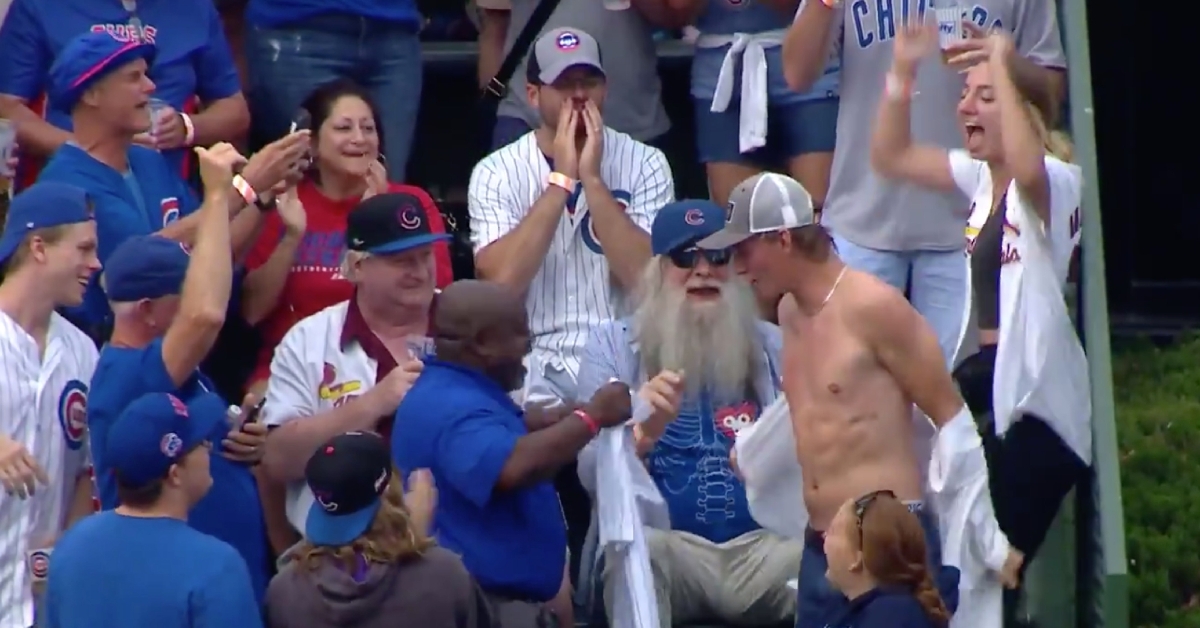 A disloyal St. Louis fan discarded his Cardinals jersey for a Cubs jersey after catching a home run hit by a Cubs player at Wrigley Field.

CHICAGO — Taking the concept of fair-weather fandom to another level, a St. Louis Cardinals supporter caught the home run hit by the Chicago Cubs' Tony Kemp at Wrigley Field on Saturday and immediately switched his loyalty. The fan snagged the home-run ball in the bleachers beyond center field while wearing a Cardinals jersey.

After nabbing the souvenir, the young man was overcome with excitement. Soon afterward, cameras captured him being convinced by a member of the Wrigley Field security team to switch out his Cardinals jersey for a generic Cubs one, to which the Cardinals fan obliged. Although Kemp's bomb provided the Cubs with a late lead, the Cardinals went on to win 9-8. There is no word if the unfaithful fan donned his Cardinals jersey again once the game ended.

Ian is a Cardinals fan, but more importantly, he loves baseball.

He did catch the Kemp HR and wear the Cubs jersey, but there’s always more to the story. Read this.