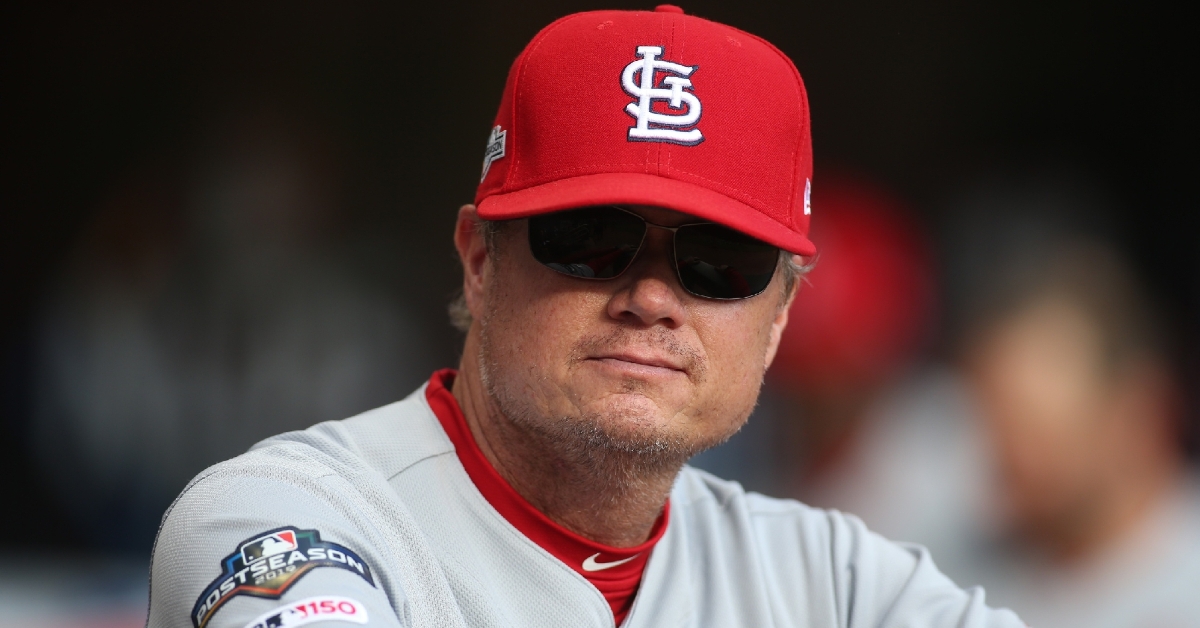 ATLANTA — On Wednesday, the St. Louis Cardinals pounced on the Atlanta Braves in the decisive Game 5 of their NLDS affair. The Redbirds scored 10 runs in the opening inning and went on to win 13-1 at SunTrust Park, winning the series 3-2 and advancing to the NLCS.

Following the lopsided victory, the Cardinals celebrated in the visiting locker room by popping bottles of champagne and making the most of the club's first NLCS berth since 2014. As for Cardinals manager Mike Shildt, he gave a rousing postgame speech that was riddled with foul language, which, needless to say, fired the players up.

The series featured some testy moments, which Shildt seemed to reference in his postgame remarks. Braves outfielder Ronald Acuna Jr., whose showboating antics in Game 1, which included costing his team by eyeballing what turned out to be a deep single, drew the ire of the Cardinals and, evidently, brought out Shildt's fiery side.

“The [Braves] started some shit. We finished the shit. And that’s how we roll. No one fucks with us ever. Now, I don’t give a fuck who we play. We’re gonna fuck them up. We’re gonna take it right to them the whole fucking way. We’re gonna kick their fucking ass.” pic.twitter.com/2J7jyJc60O