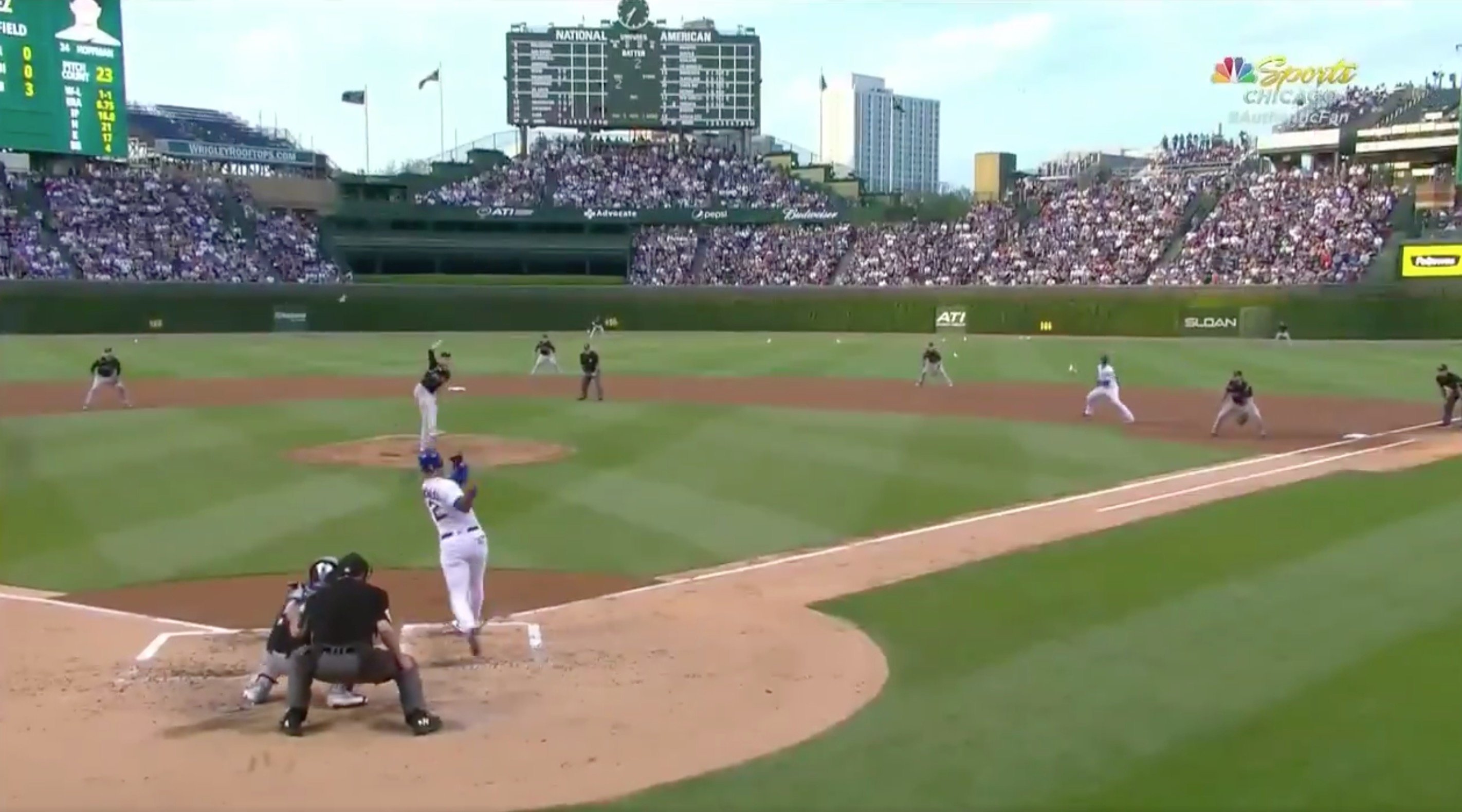 Making his just his second start with the Chicago Cubs, right fielder Carlos Gonzalez already had the opportunity to suit up against his longtime former team on Tuesday. With the Colorado Rockies, a team that Gonzalez played for from 2009 to 2018, in town to battle the Cubs for three games at Wrigley Field, "CarGo" came through with a clutch double in the series opener.

Following a leadoff single by shortstop Javier Baez in the bottom of the second, Gonzalez hammered a liner to deep center field that Rockies outfielder Ian Desmond seemed to misread off the bat due to the windy conditions at the Friendly Confines. The well-hit ball carried over Desmond's head and descended at the warning track, allowing Baez to come around from first and score. Gonzalez's first RBI as a Cub tied up Gonzalez's old club at 1-1. In addition, the double marked the first extra-base hit tallied by Gonzalez in his Cubs tenure.