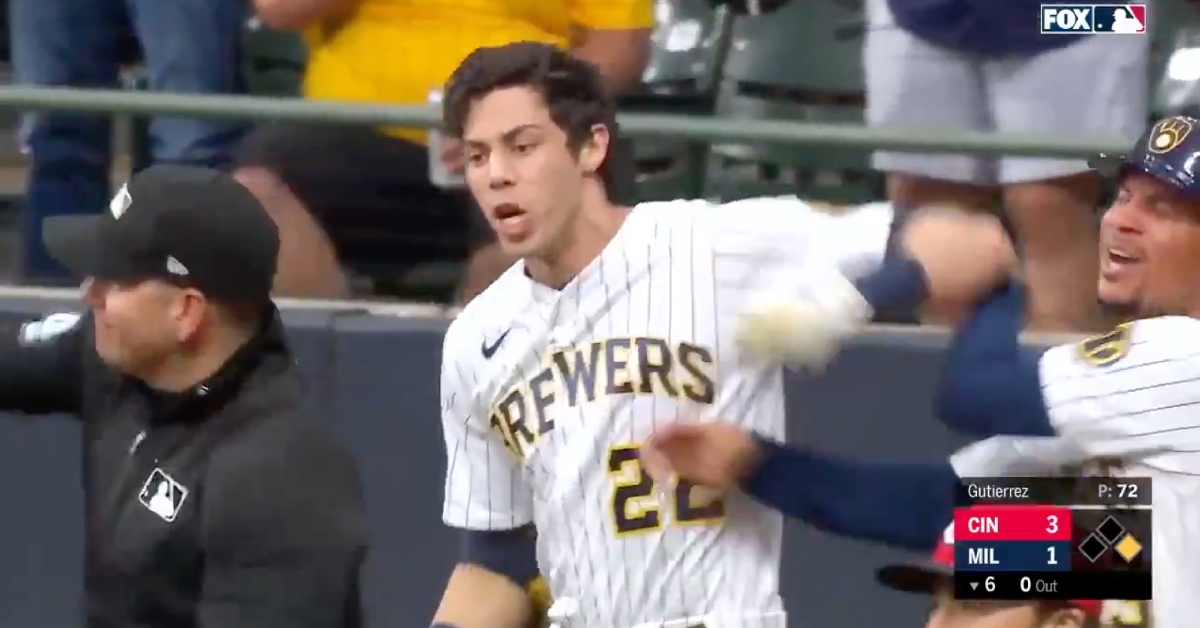 Christian Yelich vehemently disagreed with a call made at first base and was ejected because of it.

MILWAUKEE — Star Milwaukee Brewers left fielder Christian Yelich is usually calm, cool and collected, but he was anything but those adjectives after getting ejected from Saturday's game at American Family Field. With the Brewers battling the Cincinnati Reds, Yelich reached on a leadoff bunt single in the bottom of the sixth but was subsequently tagged out after appearing to round first base ever so slightly.

The throw to first was off the mark, and Yelich seemed to briefly consider heading to second base before the ball ricocheted back toward second baseman Jonathan India, who applied a tag on Yelich. First-base umpire John Libka demonstrably called Yelich out, and the slugger was not pleased. After using some choice language while arguing with Libka, Yelich was tossed, which caused him to lose his cool.

With a chorus of boos from disgruntled fans raining down on the field, Yelich had to be restrained by a coach as he furiously attempted to confront Libka. Evidently, Yelich did not feel as if he stepped toward second after running through first and was irate that he was called out. Libka disagreed with Yelich's viewpoint and did not hesitate to send Yelich packing once profanity was directed at him.

Christian Yelich was NOT happy with that call & gets thrown out of the game.

He was tagged out after a wild throw to first, and the umpire said that he made an attempt to go to second. Thoughts? pic.twitter.com/N59dLJdKx2

Yelich was not the only former National League MVP to get ejected in the matchup between the top two teams in the National League Central, as Reds first baseman Joey Votto was also thrown out. The highly emotive Votto, who has quite a bit of experience with being tossed, struck out in the top of the eighth on a checked swing, with third-base umpire Doug Eddings ruling that he went around. 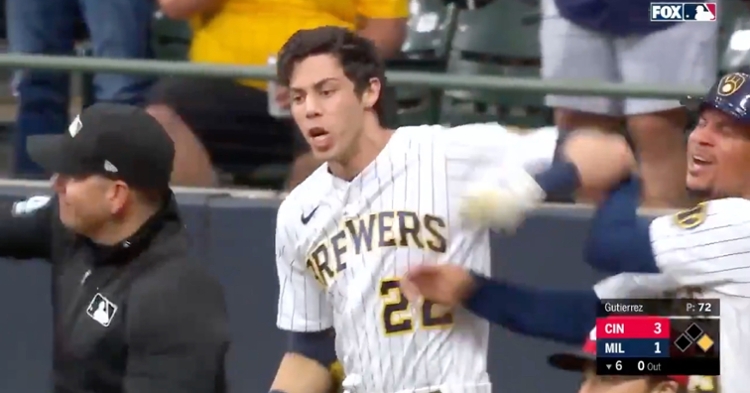 Christian Yelich vehemently disagreed with a call made at first base and was ejected because of it."

Votto loudly voiced his displeasure with the ruling and was ejected as a result. However, the Reds went on to win without the services of their veteran leader, as they scored a go-ahead run in the ninth inning and tallied a 4-3 victory on the road. The Brewers still lead the Reds by five games in the standings, and Christian Yelich will assuredly be especially eager to win Sunday's series finale.

Joey Votto ejected for arguing that he did not swing