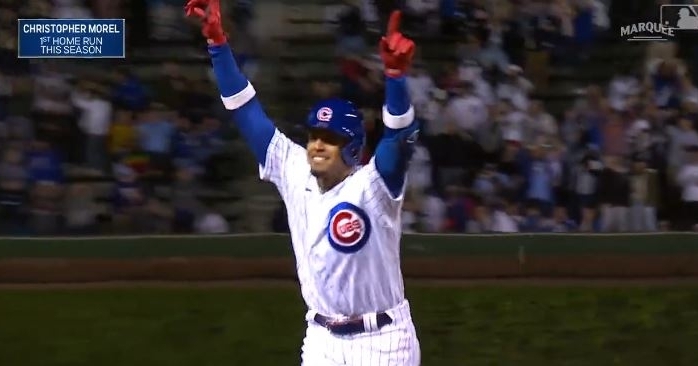 Promising signs of life everywhere from the Cubbies.

Chicago Cubs rookie Christopher Morel got the crowd on its feet as he crushed a homer to top of the bleachers in his first big league at-bat in the bottom of the eighth inning against the Pirates on Tuesday night.

Morel had a huge bat flip and almost missed first base with all of his excitement during the play. He was the eighth Cubs player in history to hit a home run in their first major league at-bat.

He was just called up from Double-A Tennessee earlier today.

"I'll never forget this day, and I'm really happy," he said during his postgame interview with Marquee Sports Network.

Morel told teammate Willson Contreras that in the dugout before his at-bat, he would hit a homer on his first at-bat like Willson.

The Cubs ended up winning 7-0 and have won four games straight.

Willson was SO hyped for Morel!! pic.twitter.com/sEUqU8K2J1