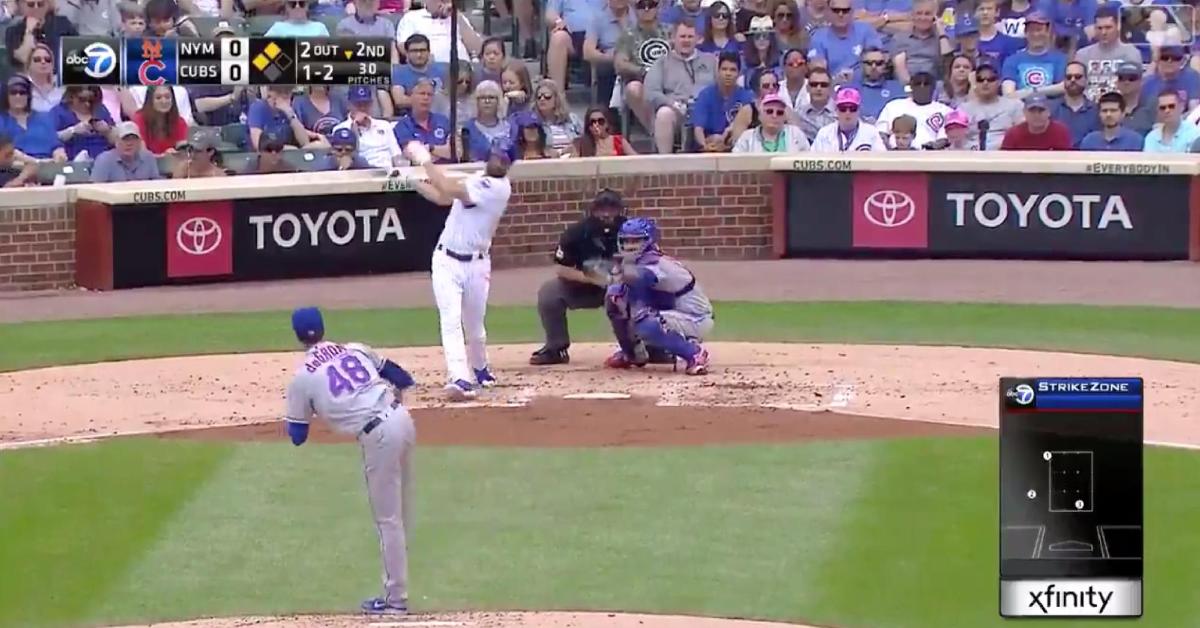 Cole Hamels manufactured a run with a clutch 2-out base knock.

CHICAGO — Providing himself an early lead to work with, Chicago Cubs starting pitcher Cole Hamels came through with a 2-out RBI single that put the Cubs up 1-0 on the New York Mets in the second inning on Sunday. Down to his last strike, Hamels connected on a fastball thrown by Mets starter Jacob deGrom and sent it into right field, plating Cubs right fielder Jason Heyward in the process.

Collecting his fourth RBI of the season, Hamels tallied the single on a 1-2 count with runners on second and third. Heyward, the lead runner, scored with ease, but Cubs second baseman David Bote was held up at third base. Heyward's run proved to be the lone run scored by the Cubs in the bottom of the second in the contest at Wrigley Field. Until very recently, Hamels was hitless for the season. In his last few starts, though, Hamels has compiled multiple hits.