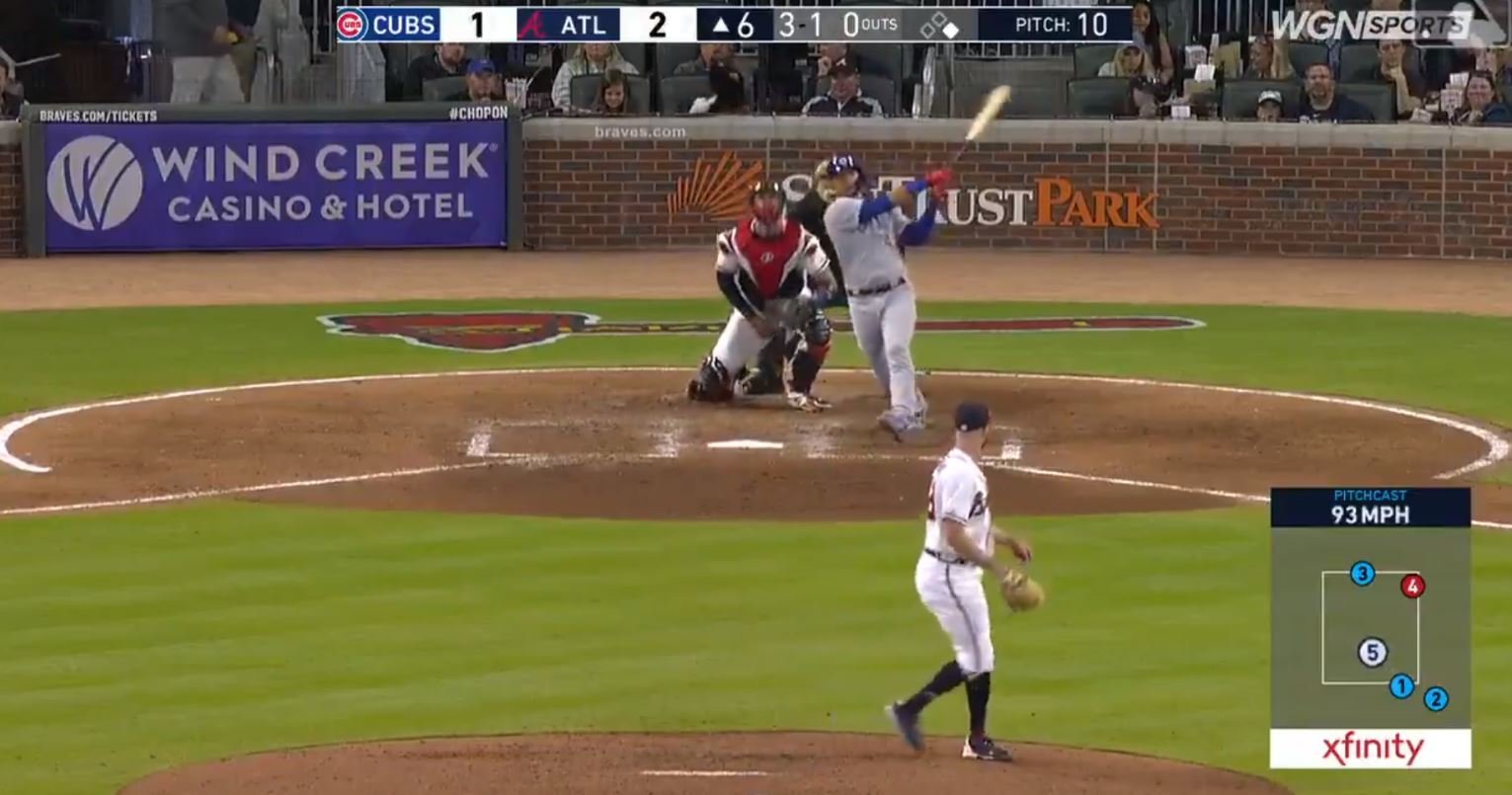 CUMBERLAND, Georgia — Chicago Cubs catcher Willson Contreras made quite the impression with his first home run of the season. Blasting a monstrous 2-run jack in the top of the sixth inning of the Cubs' matchup with the Atlanta Braves on Wednesday, Contreras put the Cubs ahead 3-2.

The tape measure was indeed warranted for the dinger, as it carried 452 feet for the second-longest home run of the backstop's career. Left fielder Kyle Schwarber, who walked in the previous at-bat, scored on the play. Contreras' blast, which left the bat at a blazing speed of 113 miles per hour, closely followed a Braves pitching change that worked in Chicago's favor.