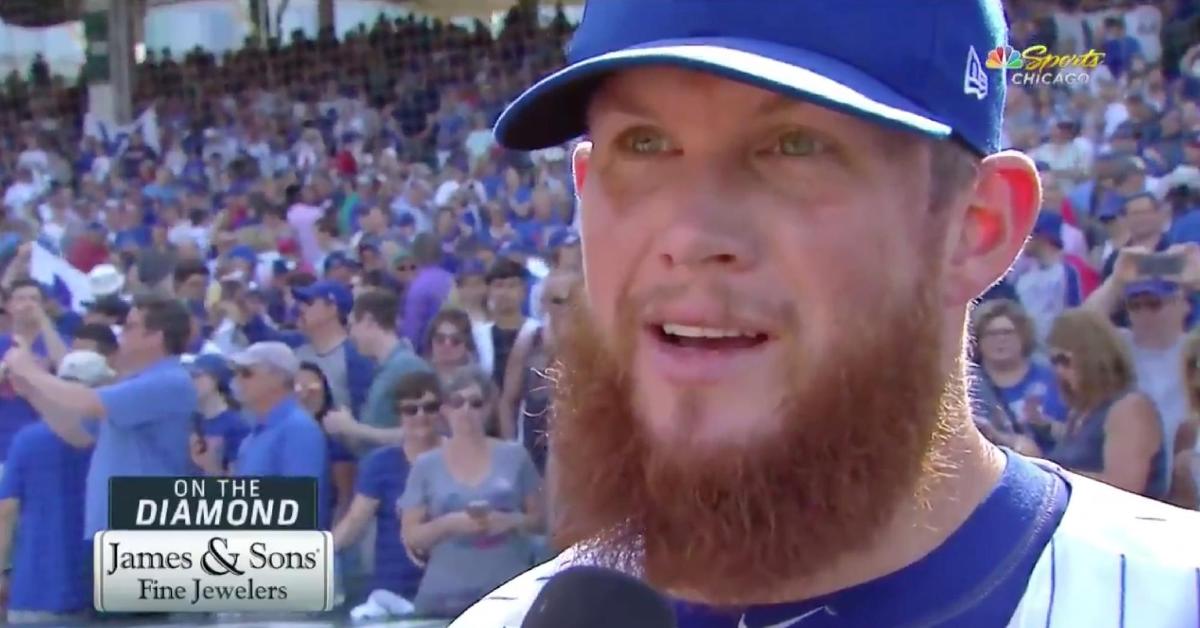 Craig Kimbrel was cool, calm and collected following a heart-pounding conclusion to a riveting Cubs victory.

CHICAGO — Chicago Cubs newcomer Craig Kimbrel was surprisingly calm during his postgame interview with NBC Sports Chicago reporter Kelly Crull following a tense ninth inning against the Atlanta Braves on Thursday. Needing a diving play by first baseman Anthony Rizzo to secure the save in his Cubs debut, the lockdown closer was simply happy to come away with a win in his first outing with the North Siders.

Describing his stint on the mound in the ninth inning as his "Opening Day," Kimbrel, who had not pitched in the big leagues since last season's World Series prior to Thursday, gave up a couple of baserunners with two outs but also tabbed a strikeout and finished off a feisty Braves lineup. Kimbrel was called up to the Cubs before Thursday afternoon's contest and proceeded to be thrust into action with a save on the line at Wrigley Field as part of his first day as an official member of the Cubs' roster.

Kimbrel praised Rizzo while speaking with Crull, crediting his effort to beat Braves first baseman Freddie Freeman to the bag and thereby finishing off the 9-7 victory, and also told Crull that he felt great while "slinging the rock" on the mound in what served as his heavily anticipated Cubs debut. A three-week preparatory period followed Kimbrel's early-June signing, but it proved to be well worth the wait.

Hear from Craig Kimbrel after his first save as a member of the @Cubs (@JandSJewelers) pic.twitter.com/LZxiySZTT4