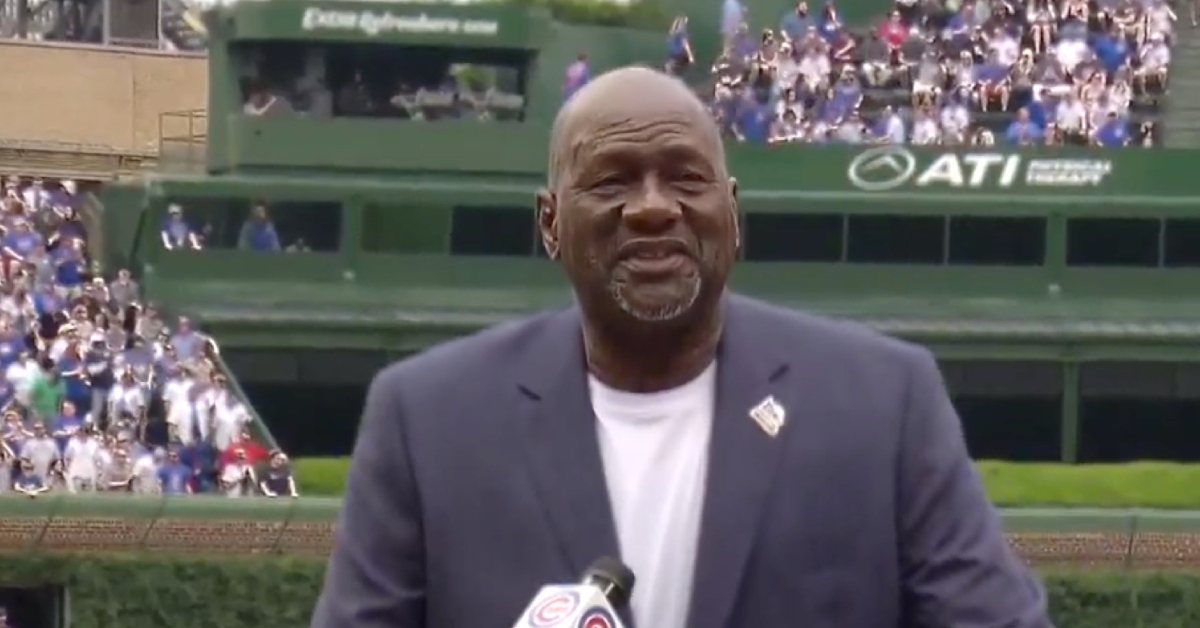 CHICAGO — An on-field ceremony was held at Wrigley Field on Sunday, as the Chicago Cubs honored all-time great Cubs closer Lee Smith for his recent induction into the Baseball Hall of Fame. Prior to Sunday's matchup between the Cubs and the Milwaukee Brewers, Smith spoke to the fans and was honored for his great career as part of "Lee Smith Day" at the Friendly Confines.

Several of Smith's former Cubs teammates and mentors were on hand, including Cubs legends Ferguson "Fergie" Jenkins, Rick Sutcliffe and Billy Williams, and speeches were given by some of them prior to Smith stepping up to the podium and giving his speech. A video tribute to Smith was played on the video board at Wrigley Field, and Smith capped off the special occasion by throwing out the ceremonial first pitch.

Join us as we celebrate Lee Smith Day at #WrigleyField in honor of his recent induction into the @baseballhall! https://t.co/yRCxplT0rx

Just a couple Hall of Famers hanging out at Wrigley Field. Fergie Jenkins was one of several @cubs legends on hand today to honor Lee Smith. pic.twitter.com/B7G5X0us5t

Update: During the seventh-inning stretch of the Brewers-Cubs game, Smith and his family sang "Take Me Out to the Ball Game" from the broadcast booth.