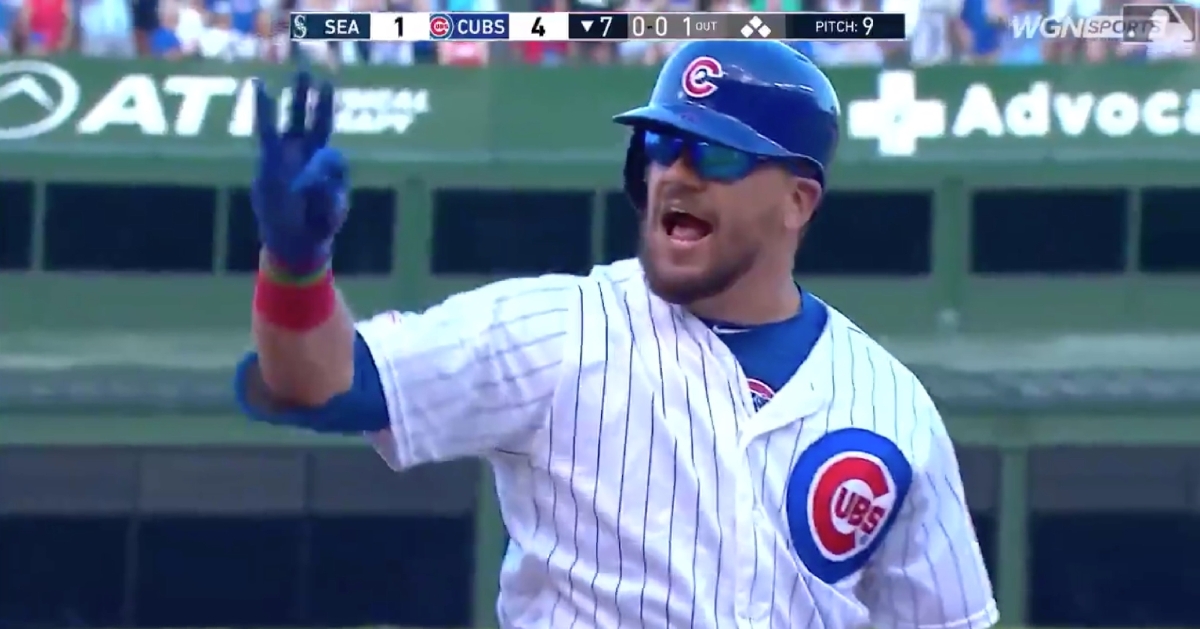 Kyle Schwarber provided the Chicago Cubs with their first lead of the day via a bases-clearing triple.

CHICAGO — Entering the bottom of the seventh at Wrigley Field on Monday, the Chicago Cubs were enduring a 24-inning scoreless streak. However, thanks to a couple of clutch hits from Anthony Rizzo and Kyle Schwarber, the Cubs snapped out of the offensive lull in a major way.

With runners on first and second and one out, Rizzo hit a base knock to center field that plated Jason Heyward and tied the Seattle Mariners up at one run apiece. The two remaining baserunners moved up a base due to the errant throw back into the infield, and an ensuing intentional walk loaded the bases.

After that, Schwarber swatted a triple that ricocheted off first base and into right field. The bases-clearing 3-bagger put the Cubs up 4-1. Schwarber then came home on a chopper hit to shortstop by Addison Russell, with Schwarber sliding in safely ahead of the throw home, making the score 5-1 in favor of the North Siders.