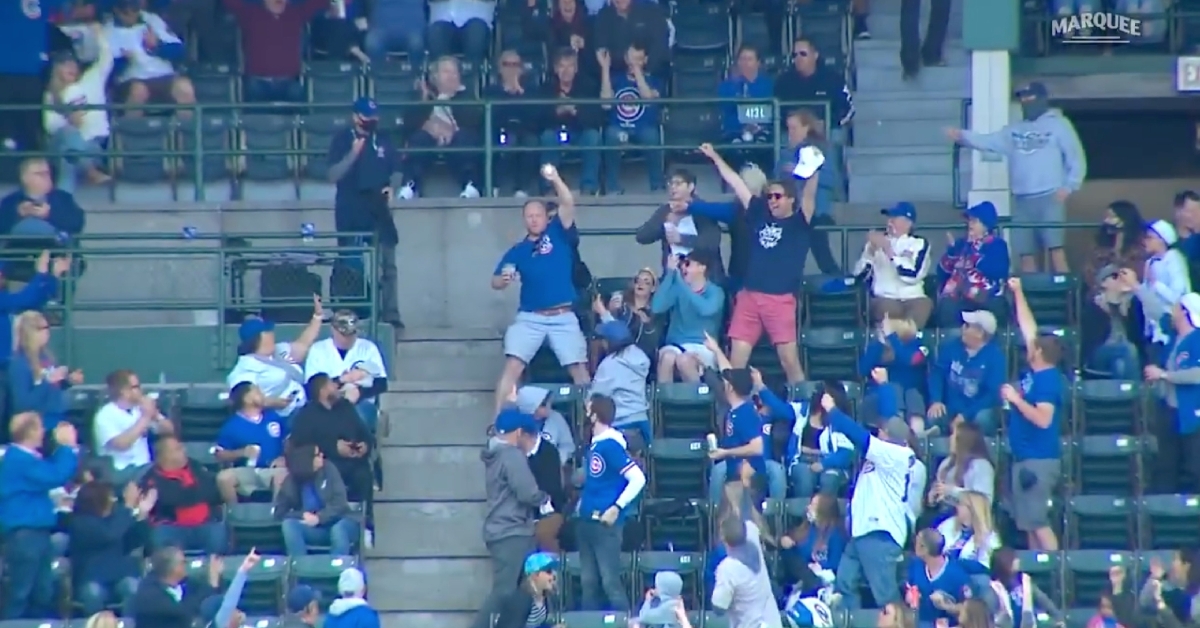 A Cubs fan corralled a foul ball with his left hand while holding a cup of beer in his right hand, but not a drop of beer was spilled.

CHICAGO — Making a smooth catch that would make Chicago Cubs shortstop Javier Baez proud, a Cubs fan pulled off a one-handed snag in the Wrigley Field seats on Sunday. With Cubs reliever Brad Wieck pitching to Cincinnati Reds catcher Tucker Barnhart in the top of the fifth, Barnhart fouled a pitch into the stands on the third-base side, and a nice grab followed.

Holding a plastic cup in his right hand, the fan wisely decided to hang onto his beverage and not waste any beer. Therefore, the man with quick reflexes likely relived his baseball-playing days by reaching across his body with his left arm and hauling in the foul ball with his glove hand. The backhanded catch drew cheers and applause from nearby fans, and the coordinated Cubs supporter was then able to put away the souvenir and return to sipping beer.

Drink in one hand, catch a foul ball in the other! pic.twitter.com/taNkahdSIG