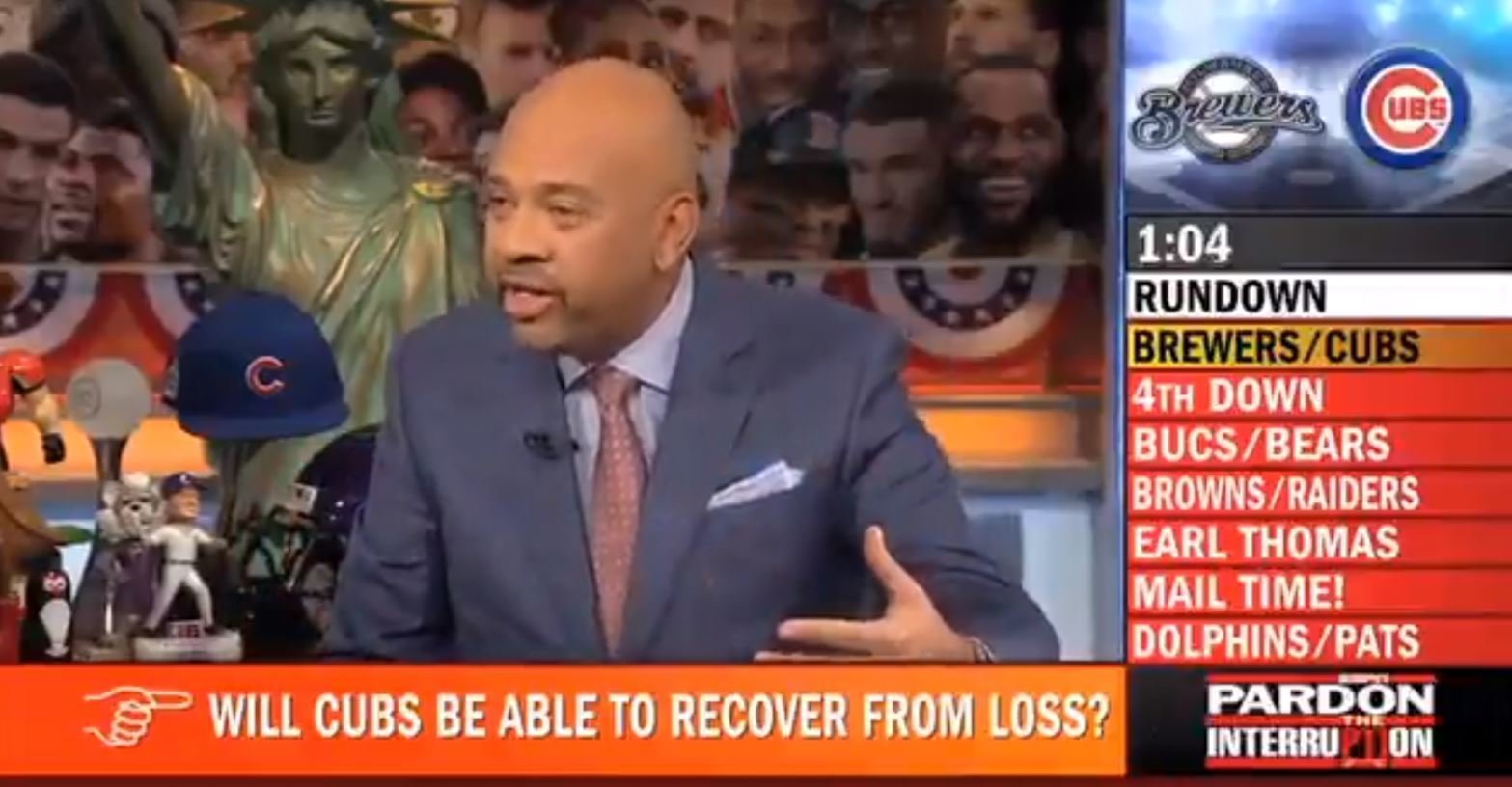 ESPN commentator Michael Wilbon does not expect much from his beloved Cubs this postseason. (Photo Credit: Jake Roth-USA TODAY Sports)

CHICAGO — Having seen enough offensive inconsistency from his beloved Chicago Cubs in recent weeks, ESPN commentator and co-host of Pardon the Interruption Michael Wilbon predicted on Monday's episode of PTI that the Cubs would lose in the National League Wild Card Game and also named the Milwaukee Brewers as the team to beat in the National League.

The episode aired not long after the Cubs fell 3-1 to the Brewers in the National League Central tiebreaker, in which the Cubs scored their only run on a solo home run by Anthony Rizzo and tallied just two other hits over the course of the entire game.

Wilbon, a Chicago native and lifelong Cubs, fan cited the Cubs' recent issues with manufacturing runs and living and dying by the home-run ball as the primary reason why he does not consider them a threat to make a deep playoff run. Furthermore, Wilbon opined that the numerous and sundry injury problems that have plagued the Cubs this season are behind that inconsistency.

The Brewers beat the Cubs in today's NL Central tiebreaker. Does Milwaukee look like the favorite in the National League to you? pic.twitter.com/9VMPOJa68m

A tried-and-true Cubs supporter, Wilbon is also a knowledgeable baseball fan who provided valid points as to why he considers the Cubs to be on track for a short postseason journey. It is worth keeping in mind, though, that the Cubs have showcased throughout this season that they are capable of flipping the switch at any given time and playing better baseball than any other team in the majors. Therefore, while the odds are stacked against the wild-card Cubs to win the World Series, it definitely is not out of the question.