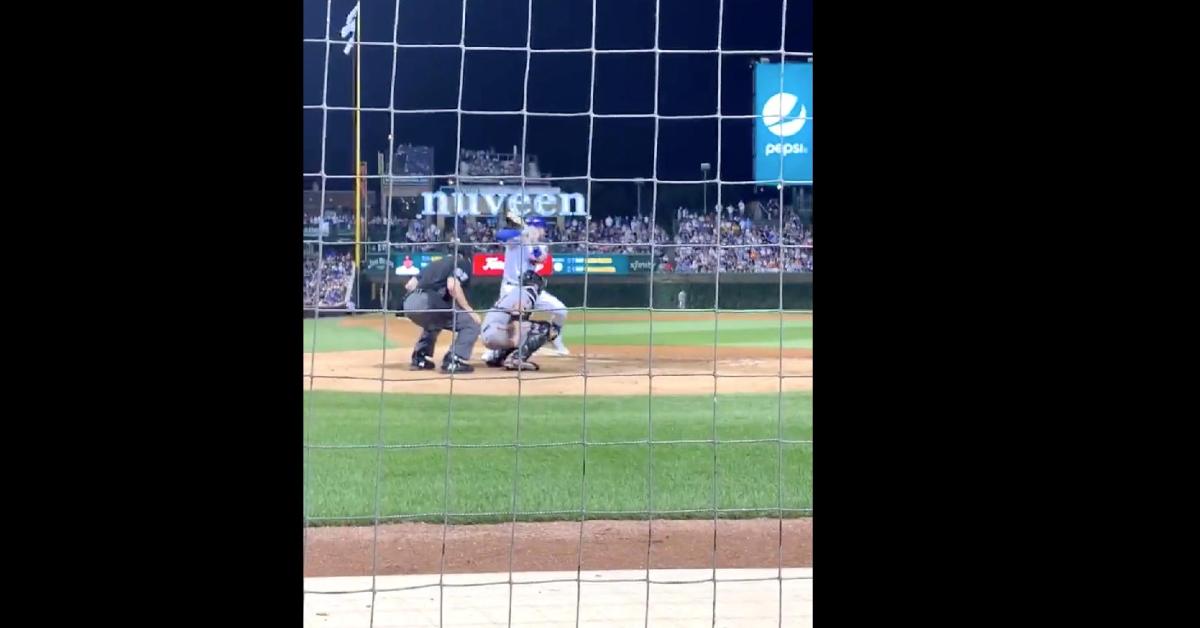 CHICAGO — "Kris Breezy's about to hit a bomb."

Those were the words of a prescient Chicago Cubs fan filming what turned out to be the game-winning at-bat at Wrigley Field on Wednesday night. Moments before Cubs third baseman Kris Bryant, or, as the fan called him, "Kris Breezy," skied a go-ahead 2-run bomb, the fan, who has the handle @egsports05 on Twitter, sitting behind home plate called Bryant's shot.

The Cubs defeated the San Francisco Giants 12-11, with Bryant's 2-run jack in the bottom of the eighth providing the Cubs with a 1-run lead that they did not relinquish. As soon as the dinger left the bat and sailed out to left field, the prophetic Bleacher Bum celebrated with his boisterous buddy, as they were thrilled that the prediction came true.